Jason Hunt takes a look at Red Sox' pitching prospect Henry Owens, who has reached AA and has posted double-digit strikeout totals in two of his three starts so far there. What could he be for fantasy owners, and when could he arrive?

Throughout the minor league season, I will be writing about a prospect every Monday who has reached the AA level or higher that could be on your fantasy roster by season's end, and what you should know about them. Today's prospect just reached AA at the beginning of the month, but has gone out and struck out at least eight batters in each of his first three starts there. But the question becomes whether the numbers will continue as Henry Owens moves closer to the Majors, so let's look at what he could be. 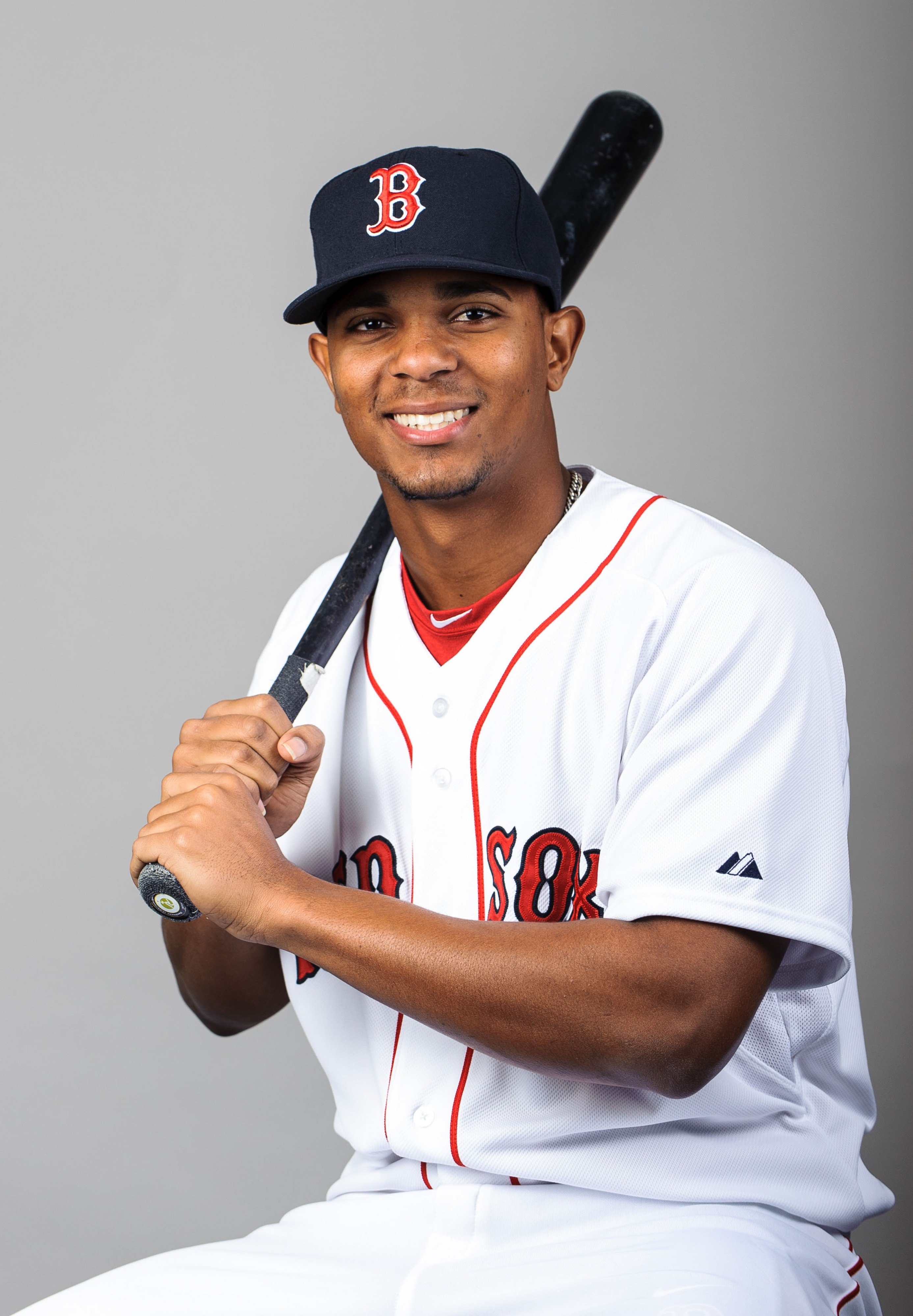 Over the Monster looks at what Xander Bogaerts' callup could mean for the Red Sox the rest of the way.

Owens was viewed as the top high school pitching prospect out of Southern California in his draft class, and ended up taken by the Red Sox with the #36 overall pick in the 2011 draft, a compensation pick for the team losing Victor Martinez to free agency. He didn't pitch that season, signing at the deadline to a bonus of just over $1.5 million.

The organization sent him to Low-A Greenville for the 2012 season, where he struck out 130 batters, walked 47, and allowed 100 hits in 101 innings pitched. He finished 4th in the Sally League in strikeouts despite throwing 30 innings less than any of the other three.His groundball ratio there was a bit concerning at 0.59 GO/AO, but paired with the strikeout rate was viewed as an overall successful season. I didn't write about him last offseason as a part of our Minor League Keeper Thoughts series, opting to cover some of the more well-known prospects in the Red Sox' organization.

The team promoted him to High-A for the start of the 2013 season, where in 20 starts he struck out 123, walked 53, but allowed just 66 hits over 104 innings pitched. He was promoted to AA at the end of July, where he has made 3 starts, striking out 29 and walking 6 over 15 innings pitched. Overall, he's currently third in the minor leagues with 152 strikeouts, and 5th in full-season ball in hits allowed (74) amongst qualified starters.

Owens pitches from a 3/4 arm slot on the left side, and features a high leg kick out of the windup. His repertoire includes a low 90s fastball, a changeup, and a sweeping curveball. The changeup was rated as the best one in the Carolina League by Baseball America recently, and showed excellent sink in the start I watched on MILB.tv. The curveball is an interesting pitch for Owens, given its' 11-5 breaking action, but seemed like it could be picked up early by the batters. All three pitches were able to get hitters to swing and miss, but he also had issues maintaining his control of them at times as well. The big issue for Owens to this point has been his command, but this isn't necessarily a huge surprise given his height and long arms. For me, you see these flashes of what could be if everything clicks, as the fastball seemed to explode on hitters despite the velocity, and the changeup really seemed to have the hitters guessing at times.

Owens seems to me like the type of pitcher that will drive fantasy owners nuts if you own him. In the start I watched, he had 10 strikeouts, didn't allow a hit over 5 innings, but walked 3 and hit a batter. He clearly had issues at times with throwing strikes, as all three walks came in the first inning, but then settled down and just kept crushing batters. I think that for fantasy owners, he's going to be a pitcher like Francisco Liriano in a very specific way: You may get a start where he strikes out 11 or 12 over 6 innings and allows just 1 base runner, or he may just completely lose the zone and give up 7 or 8 runs over 2 innings pitched. Over a full season, I can see him striking out a batter per inning, but could hurt you in the ratios, especially WHIP.

With Owens reaching AA this season, I don't think it is out of the realm that he gets a call up at some point in 2014. That said, he doesn't have to be added to the 40 man roster until after the 2015 season, and with so many other top pitching prospects in the high minors for the Red Sox that do (Ranaudo, Barnes), I think we are more likely to see Owens spend most of next year at AA, and maybe finish the year at AAA Pawtucket.

For more about Owens and the Red Sox, head over to SBNation's Over the Monster.