A team in transition to their strong young group

In this 31 part series, I will be working my way back from 31st to 1st in my projected 2017-2018 standings. Twenty-Third up are the Columbus Blue Jackets who are in their 18th season in the NHL. They made the playoffs for the last two consecutive seasons, it was the first time in franchise history that they had back to back playoff berths.

The Blue Jackets made the playoffs and fell short of expectations. That is good for the revised vision of a team who finished 3rd in the Eastern Conference two years ago. This is the only team in the NHL who has not won a playoff series. The team has been trying to make a transition away from a roster full of grinders into more pure scorers. The addition of Artemi Panarin was beneficial but his impending leave will be a dark cloud over the team this year. The top line of Panarin, Cam Atkinson and Pierre-Luc Dubois will carry much of the offensive production. Beyond them is a deep roster of players who are full of hustle and gritty, corner fighting mentality: Nick Foligno, Josh Anderson, Boone Jenner, Riley Nash and Brandon Dubinsky. Up and coming Sonny Milano and Oliver Bjorkstrand will be looked to as 15+ goal scorers. The Blue Jackets have one of the best top defensive lines with Zach Werenski and Seth Jones. David Savard is a position first defenseman and Markus Nutivaara stepped up a depth helper. #2 draft pick Ryan Murray is there but never materialized into the player the team hoped for. In net Sergei Bobrovski has been the rock and foundation of this teams build dating back to 2012. Over the years, when he can stay healthy, the Blue Jackets have a fighting chance to compete. The team will HAVE to improve on special teams if they are to have any success this season. John Tortorella has held a winning record each of the three seasons he has been head coach for the team. The team lost a few long standing members of the team in Jack Johnson and Matt Calvert which hurts a bit but they are in an era of ushering in some new younger players.

I asked Seth Jones about Dubi today. His response? "Dubinsky or Luc?" pic.twitter.com/dDPxR5SFl6

- Vitaly Abramov. The 65th overall pick in the 2016 NHL draft, Vitaly put up 78 points across 40 games with the Victoriaville Tigers in the QMJHL last year. He has some time to go but he will likely get promoted up to the Lake Erie Monsters in the AHL this year. He needs to bulk up a bit and work on defensive play if he will continue at center but his hands and on ice vision are certainly on par with a professional player.

-Liam Foudy. The 18th overall pick in the 2018 draft, Liam was a bit of a surprise on draft day but Jarmo Kekalainen has a strong eye for prospects. He put up 40 points across 65 games with the London Knights last season. He has the legs, he’s quick and can make sharp cuts but he needs to grow in stature and shooting ability. He will likely move to the Monsters in the AHL this season as well. The program is rebuilding after recent promotions of Pierre-Luc Dubois, Zach Werenski, Oliver Bjorkstrand, Sonny Milano and Markus Nutivaara.

God Liam Foudy is gonna be so good.

-Pierre-Luc Dubois. It became clear as the year progressed that the organizations decision in 2016 to pass on consensus top three pick Jesse Puljujarvi and instead selected Pierre-Luc might not be as unintelligible as many thought. He put up 1 point in October, 6 points in November, 12 points in December, 3 points limited action in January nine points in February and 14 points in March. If he sits on a top line with Artemi Panarin and Cam Atkinson, this is a 60+ point scorer EASILY.

Will the Blue Jackets have a top 15 power play this year?

This poll is closed 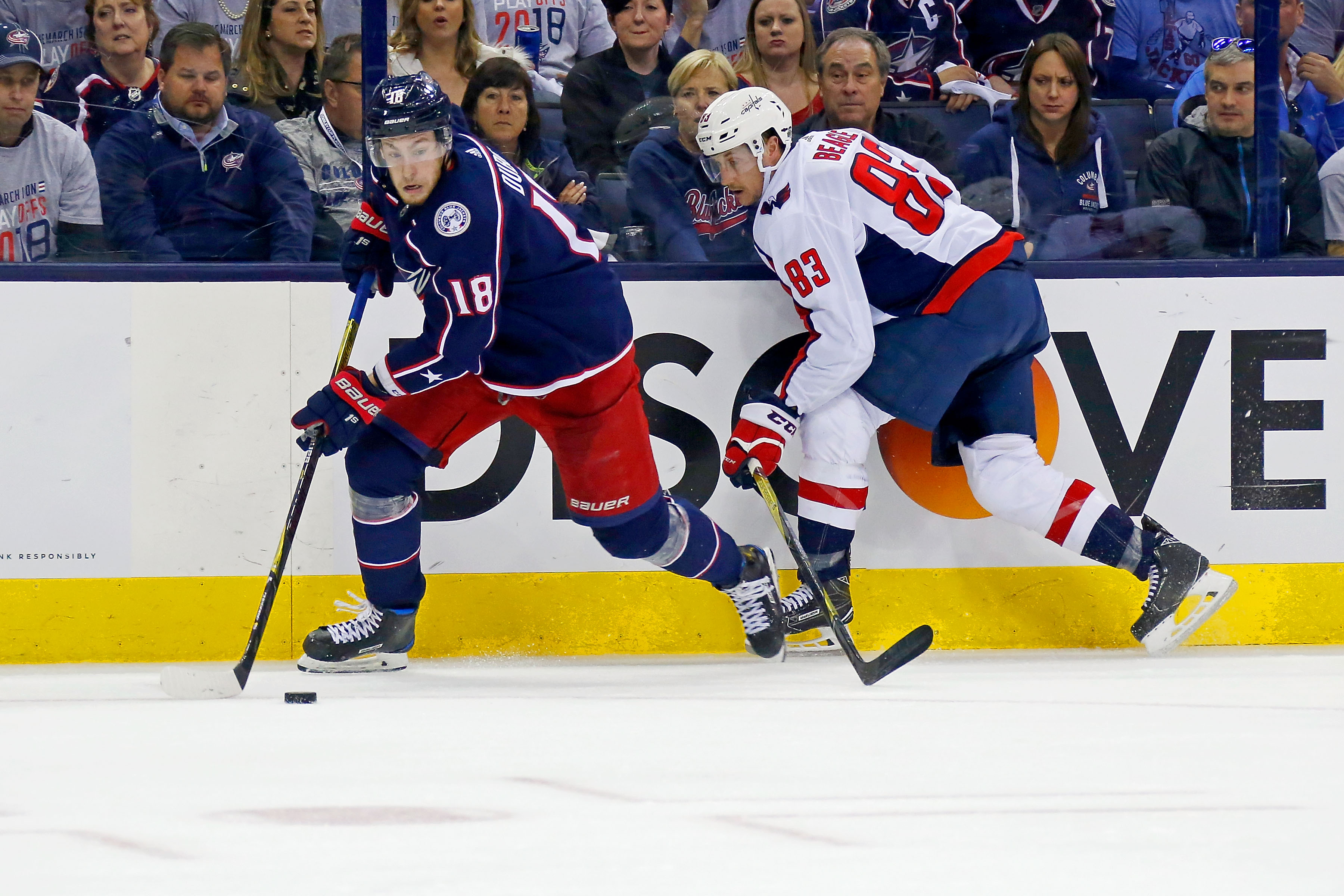 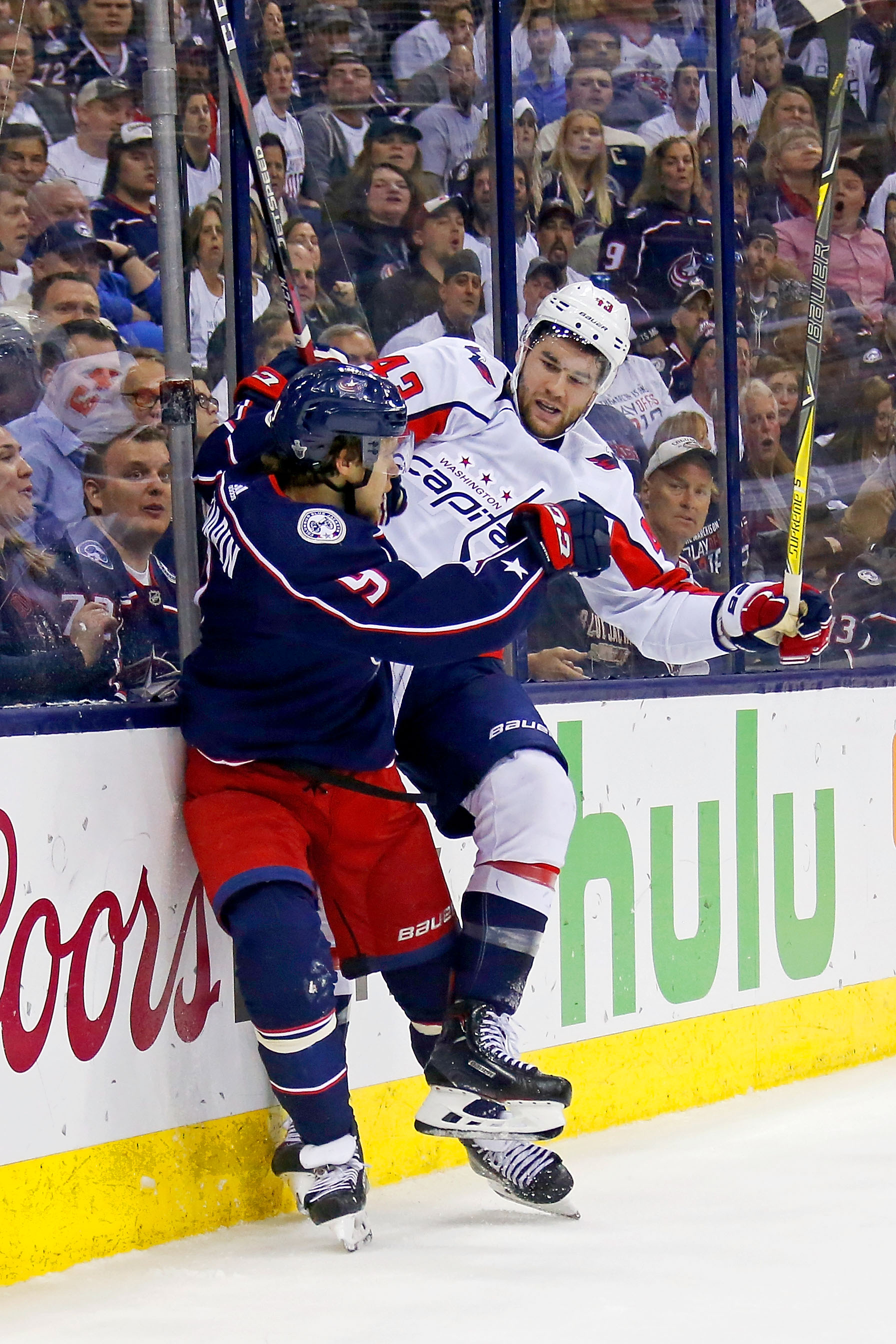