Fantasy Basketball: Getting through the winter months

13 players to add to your fantasy basketball team.

Share All sharing options for: Fantasy Basketball: Getting through the winter months

There’s an annual NBA tradition of players getting injured midseason, and we—the fantasy basketball citizenry—decided to pick up a player off waivers and hunker down with them until the sun returns to light this godforsaken land from the cold and the dark.

When your best player gets injured, it might as well be ten below outside with a chance of frozen tears. If your team doesn’t have extreme depth, you’re probably going to freeze to death, unless some miraculous angel appears and plays like a star, and suddenly you’re warm.

Hi, Gerald Green. I’m a James Harden owner. I was literally going to die, fantasy-basketball-wise, and then you appeared. In 6 games you have 25 threes. You’re the best player who’s ever lived. I’m so glad we met each other on this dismal, arctic, wind-scoured street. I know that in three months I won’t even remember your name, but for right now, I think I love you. Thank you for saving my season. Let’s move in together until Harden gets back.

Gerald Green may have already been winterized (I wanted to say “spoused” but it just doesn’t sound right), though he’s currently at 37.7% ownership. So, who else is out there that can melt your cockles and warm your heart? Or, y’know, get you a few sweet stat cats while your 90+% owned fantasy stud nurses his ouchie on the IR? (BY THE WAY: Green is averaging 4.1 3PM in the seven games he’s played for Houston thus far; that’s the same 3PM rate as Steph Curry and James Harden. You know who’s 8th on the year in that stat? Wayne Ellington, with 2.9 3PM per game, tied with Kyle Lowry [99% owned] and Maestro Lillard [ditto]. Ellington is owned in 8.2% of leagues. Over the last month, Ellington is THIRD OVERALL IN 3PM, behind only Green and Curry. If you need threes, please oh PLEASE, mira a Los Heat.)

Here are some other guys who could help you during these cold, dark winter months:

Ancient Taj remembers ALL. He’ll DEFINITELY remember you not picking him up off waivers when he’s a TOP 50 FANTASY PLAYER and is owned in LESS than 75% of all leagues. Ancient Taj has been more valuable than Tobias Harris. (God. DAMNIT!) I know that reads like an indictment of the Pistons, and it is, it is; but it’s also a declaration of excellence: Ancient Taj is going to help someone win their fantasy league this year. Coulda been you.

You tell me: who’s trending up and who’s trending down? Melo’s owned in 98.3% of leagues; Golden Gary in 71.5%. If someone in your league wants Melo and is willing to give you Gary Nuggets, then DO THAT. DON’T FINISH READING, GO DO IT RIGHT NOW. DR. GARY NUGS IS 23 YEARS OLD! OLD MAN GREYBEARD CARMELO ANTHONY, WHO’S SO OLD HE PROBABLY FOUGHT IN BOTH PUNIC WARS, IS TEN YEARS OLDER THAN THE GOLDEN GUNNER!

What? No, I’m not sorry about all the nicknames for Gary the GOAT! Why should I be?

I feel like I’ve written of the Dutch Settler Courtney Lee many times this year. He’s currently rated 53rd in my league (different/more stat cats than ESPN basic), right after Dr. Gary Golden Nuggets Harris who is 23 years old. (Hey! Hey you! Pssst! Shhh! Shut up real quick! Courtney Lee is rated 48th on ESPN basic! He’s a top 50 fantasy player who’s owned in less than 50% of leagues! That’s like a Jean Grey who doesn’t eventually kill everyone by succumbing to the Phoenix Force! Or, like having a roast beef sandwich right in front of you AND NOT EATING IT! An impossibility! I already told you that Melo was the 46th best player last year, so that’s what we’re talking about with Courtney Lee. And, remember! Melo is owned over TWICE AS MUCH as Courtney Lee.)

Courtney Lee gives you a little bit of everything, and so nothing dramatically stands out, other than he’s getting minutes, he’s shooting more threes, and he’s getting more steals. Sometimes, a player’s playing really well right in front of you but you can’t see it BECAUSE YOU SUCK! (Or, you just don’t want to watch Knicks games. I feel you, but both NY teams are pretty fun to watch this year. Honest!) He’s literally a top 50 fantasy player and he’s owned in less than 40% of leagues. If he’s available in your league and you don’t pick him up, then shame on you. SHAME! ON! YOU!

Having said that, Get Real, of course you should trade him if you can. He’s 32 years old, he’s playing on a team that doesn’t care if it makes the playoffs (or, at least, they shouldn’t care, but they are the Knicks, so anything is possible), and he’s probably not going to be the difference between you winning and losing your fantasy playoffs, unless you lose by a few steals, in which case, haha! If you can get a young guy or a draft pick or an adequate amount of FAAB (if FAAB carries over in your league from year to year), then I’d pull the trigger. No guarantees that he’ll be starting next season, after all.

Also, I find it hard to refer to Courtney Lee by only his first or his last name. There’s no “Courtney” or just “Lee.” I say his whole name, every time. Huh. That’s weird. He needs a nickname. “Courtly?” Like a gentleman, but also like he’s good on the court? Cuz it’s a basketball court? And, then announcers would say, Courtney Courtly Lee, and it’d be rillyrillyrilly hard to say fast? Actually, it’s not that hard, I just did it. Whatever. We’re keeping it.

RHJ’s stats over the past month are 15 points, 8.5 rebounds, 2 assists, and almost a steal per game. He’s averaging the third most minutes on the season for the Nets, and he’s taking the most shots on the team over the past 30 days. The Nets play fast (5th highest pace in the NBA) and RHJ is young (he’s 23). If he’s avails in your league, pick him right up.

This is a guy with an anonymous name on an anonymous team. Quick, name the starting five for the Miami Heat this season. Tough to do, right? Well, Richardson is playing the most minutes on this unknown Heat squad on the season, and he’s taking the second most shots over the past 30 days, while also shooting 53% from the field. 18 points per game, 3.5 boards, 3.5 assists, 2.7 steals+blocks, and 1.9 3PM. That’s top 50 production no matter what season you’re in. Josh Richardson is 24 years old. Think he might have room to improve even more?

T.A. Dinwiddie has been a tenured basketball professor at NBA University this season ever since D’Angelo Russell went down. Now that he has starter minutes he’s showing folks what he’s capable of producing: 15 points per game, 6-7 assists, a few boards, a few threes, and the best assist-to-turnover ratio out of players who average at least 20 minutes played per game in the NBA. DAR may be coming back soon, but the team has publicly stated that they’ll play the two guards together, so Professor Dinwiddie’s numbers may not worsen; in fact, they may improve if DAR’s gravity can pull some defenders and give Spence some more open shots. He scored 31 points against Toronto on Monday.

Dirk’s strangely having his best 3PT percentage shooting of his career this season (42.2%). The Mavs aren’t as tough to watch as they were at the beginning of the season, but they still play slow (25th in pace); however, Dallas plays with a top 5 pace when it’s Dennis Smith, Jr., Yogi Ferrell, Wesley Matthews, Harrison Barnes, and Dirk (it’s their fourth most used five man rotation, but, that lineup also gives up a ton of points).

Regardless, Dirk is still producing: over the past 30 days he’s scored 13.5 points per game with 5.5 rebounds, with two assists and two 3PM. If someone’s trynna get off the old man before the trading deadline, I’d see if you can get the 40 year old on the cheap.

Prince is a mainstay of this column. He’s a top 75 player on the year in ESPN basic, and he’s been doing even better recently. He’s young, he gets minutes, and there’s only room for improvement. Folks don’t consider him a good dynasty player and I have no idea why. He’s literally gotten better in every facet of his game, and he’s a big, young wing who can shoot from outside. What’s not to like? Other than the fact that he plays on a crap team that nobody wants to watch, I mean.

These Heat, man, I’m tellin’ ya! Professional Wizard Killer Olynyk has basically averaged Dirk’s line over the past 30 days. If you’re going to play Dirk, then why not play Kelly? Also, could Kelly be Dirk’s son? 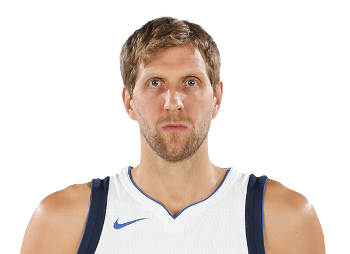 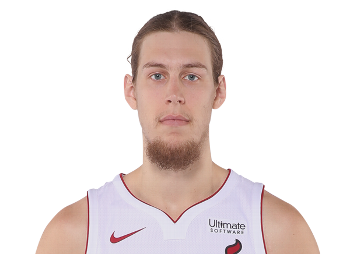 I think so. They look like they have a healthy relationship, like they play knock-hockey together at their house on Lake Erie while Mrs. Nowitzki makes strudel and kolach.

Who vants to play ze Yahtzee?

Ooo, I do, I do! Guten Papa-Son Quality Time, jah! High-five, mein Dad!

And, here are four young guys who are worth your time (and, their stats over the past 30 days). Jamal Murray is probably owned by now, but he’s worth trading for, especially if you’re out of the playoffs this year and can unload some vets for some youth. Ditto Oubre. I’m including Slow Kyle because we’re just not sure what’s up with Kawhi, so there’s a distinct possibility that Anderson plays more.

12 points, 4 rebounds, on 46% shooting. (It’s his third season and all of his numbers are trending up. I think Oubre will be a breakout player next season.) Washington’s third most used 5-man lineup is Dr. John Wall, Bradley Kind of a Big Beal, Kelly Oubre, Jr., Otto Porter, Jr., and Marcin Gortat; that lineup plays at a 104 pace, which would be tops in the entire NBA were it for the entire team. I think that lineup will be pretty rough in the playoffs. Would upgrading from Gortat to DeAndre Jordan be worth whatever assets Washington would have to send to LA? Doesn’t look like Nawlins is trading Boogie, so DC might have to get creative if they want to make a trade for a big. On the other hand, literally ANYTHING is better than Ian Mahinmi: he’s averaging 4 points this year; he’s on the hook for $30 mil over the next two seasons after this one. Hahahaha! That’s incredible. I read that to myself when I’m feeling bad and it cheers me right up.

The dude plays at a speed that is best described as playing underwater or hungover. None of his stats jump out at you, but Trust the Spurs: they like what they have in Slow Kyle, and they play him whenever they can. He’s a 24 year old, 6’9” wing. He needs to work on his outside shot, but he’s been a top 100 player in my league (as has Kelly Oubre, Jr., btw) on the season. If he continues to get playing time, he might end the year in the top 60 to 75.

This poll is closed

Next Up In Fantasy Basketball