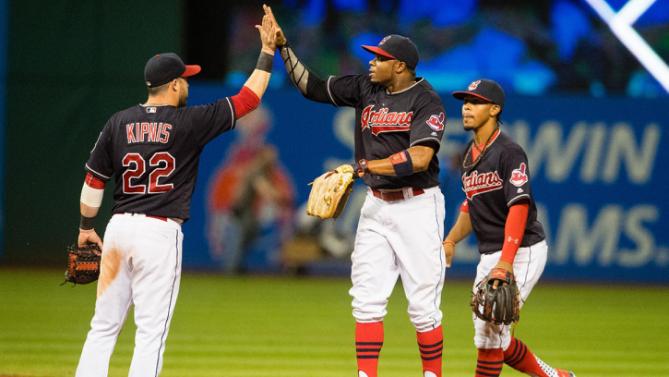 Another month has gone by in the 2016 baseball season. It's time to see how much the top players by team have changed since last month. I have listed the top performer by team and their overall rank this year. The * next to the players are additional players on that team who ranked higher than the worst 'best' player.

Here are the results (rankings are through July 31th):

Last month, Evan Longoria was honored as the worst 'best' player. This month, that award goes to Khris Davis of the Oakland Athletics who comes in at #123 overall. Davis beat out #122 Eric Hosmer in the closest worst 'best' player race in this award's short history.

7 teams had a new best player from the previous month. 4 teams, the Reds, A's, Twins, and Yankees, traded away their best player during the trade deadline. The Yankees actually traded their top 2 players (Andrew Miller and Carlos Beltran) making Masahiro Tanaka their new #1. The Cardinals, who lost Matt Carpenter last month, might have yet another new best player next month as Aledmys Diaz was recently placed on the disabled list with a hairline fracture in his thumb. The Cubs and Orioles also have new best players this month, but performance is the cause of their respective changes.

In addition to the A's and Royals, the Yankees (Tanaka), Padres (Wil Myers), and Twins (Brian Dozier) all only had one player inside the top 123. Last month, this was an issue for 7 teams. San Diego achieves this feat despite having the #18 overall player in Myers.

The Red Sox and Cubs have been battling back and forth all season to own the most top players, this month they have some competition in the Cleveland Indians. All 3 teams have at least 9 players better than #123.

For the THIRD straight month, the Cubs ENTIRE ROTATION is ranked higher than the worst 'best' player.

Of the 10 teams who have 2 or fewer players inside the top 123, only the Pirates and Yankees have a record at .500 or better. All 8 other teams have losing records. The Cardinals edge out the Astros for the best record with 3 or fewer top 123 players. 12 of the 16 teams with 3 or fewer top players have losing records. Maybe fantasy baseball does have some correlation with real life baseball after all?

The American League (63) beat out the National League (60) in total players ranked in the top 123.