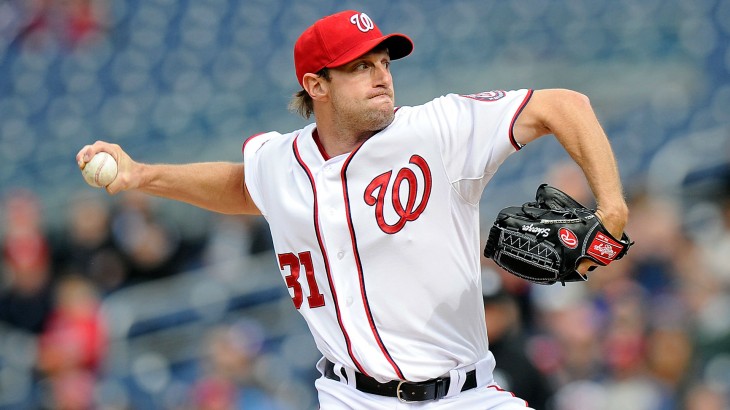 With another month down in the 2016 Fantasy Baseball season, it’s time to look back at the top performers in June. I will look at the best hitters, power and speed wise, the best starters, from strikeout artists to ERA & WHIP leaders, and the best closers, with emphasis on saves. I will also talk about what stood out to me in this past month’s sample of stats. Let’s get to it!

What an absolute tear Wil Myers is on! He led all hitters in HR and RBI. He even stole 5 bases, scored 25 times, and hit an impressive .327. No one else comes close to touching his overall production in June. His 20-20 potential is legit. Trade for him if you can, he should be a top 40 overall player for the rest of season.

Edwin Encarnacion and Adam Jones have enjoyed huge power surges this past month as well. Both have gone deep 11 times and both have been producing and scoring runs for their respective teams all month. Jones even helped his team accomplish history! Both have been outstanding this month after slow starts earlier this year.

Jose Altuve, Ian Desmond, and Brian Dozier all fall into the class of solid production across the board but no individual statistical standout. Altuve ties for 10th in SB, but other than that, none of these players have a 10 top finishes in any one category. The fact they are all top 7 hitters for June despite this speaks to their incredible contributions across the board.

Kris Bryant and Nelson Cruz join Myers, Edncarnacion, and Jones as the only hitters to hit double digit homeruns in June. The top 10 HR hitters account for 7 of the top 10 in RBI. Carlos Gonzalez, Jay Bruce, and Josh Donaldson are all top 10 in RBI despite not doing so in HR. Gonzalez was 3rd in RBI and Donaldson was among the top with his 26 runs scored.

Danny Espinosa, hot off his 2 HR 7 RBI night, finishes June with 9 HR and 21 RBI. The career .231 hitter even has a .309 AVG during his incredible June. Adam Duvall continues to produce power numbers. His 9 HR and 26 RBI were both top 10 in each category. His .229 AVG in June is troubling though.

13 players stole at least 6 bases in June. Rajai Davis, who continues to have an incredible comeback season, led all base stealers this past month with 10.

Eduardo Nunez and Altuve are the only members of this group to also be top 10 overall hitters for June. Nunez’s season has come from out of nowhere and owners hope he continues his production in the second half.

Melvin Upton Jr., who actually finished as the #11 overall hitter this past month, has also enjoyed an incredible comeback season. He too is looking for 20-20 status. The rest of this list is composed mainly of players who contribute little outside of their steals. Mallex Smith, Jose Peraza, and Travis Jankowski all tallied at least 6 SB despite all having less than 50 AB in June. That's some serious speed!

Max Scherzer leads all starters for the month of June. He was #1 in K, #2 in wins, had an ERA under 2, and a WHIP under 1! Fantasy owners will look to get more of this from the Nationals pitcher in the coming months. Jon Lester, the #2 overall pitcher for June, was 3rd in ERA and 5th in WHIP. Julio Teheran and Zack Greinke are the only other top 10 pitchers who have an ERA under 2 and a WHIP under 1. Teheran, who I talk about at length in this post, posted the best WHIP in baseball for the month at 0.56. Despite his numbers he only earned 2 wins for his incredible June.

Scherzer and his 58 June strikeouts led the way, 9 more than the next closest. Michael Pineda surprises as #2 on this list with 49K. His 0.97 WHIP also ranks 11th for starters in June. Matt Shoemaker, Danny Duffy, and Chris Archer round out the group of pitchers with at least 45K in June. Shoemaker did not record a W despite his solid numbers for the month. Archer, who surprisingly did get a W, posted horrible ERA and WHIP numbers in spite of the high K total.

Top ERA and WHIP of June

14 starters posted either a sub 2.00 ERA or a sub 1.00 WHIP during the month of June. Only 6, Scherzer, Lester, Greinke, Teheran, Jose Fernandez, and Michael Fulmer, did both. Fulmer led the league in ERA. He and Carlos Martinez, who was 2nd in June ERA, don’t grade as highly overall because of their low strikeout totals. Corey Kluber, Danny Salazar, and Trevor Bauer all make this group as part of the red hot Cleveland Indians. Salazar leads all starters with 5 June wins.

9 relievers recorded at least 8 saves in June. Kenley Jansen remains the top closer in fantasy baseball leading the way in strikeouts, wins, and WHIP. Jeurys Familia and Sam Dyson both nailed down 10 saves in June. Read more about my thoughts on Familia here. Zach Britton was the only closer in this group to not surrender an earned run all month.

There you have it, the top performing players for June. Join me next month as we do this all over again! Please leave comments if you have any further questions and feel free to let me know what you found most interesting in this research. Thanks for the read!