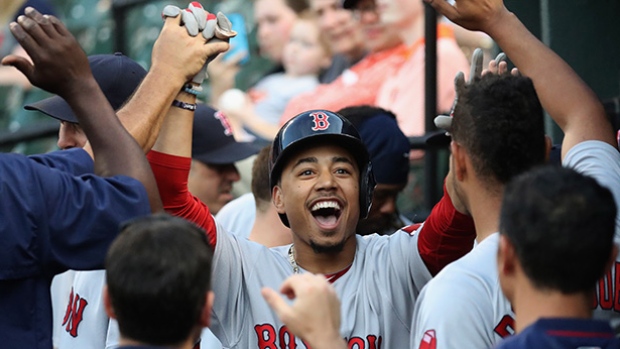 Another month has gone by in the 2016 baseball season. Now two months into the season, I thought it would be fun to look at the top performers of each team. Yesterday, I did just that. I have listed the top performer by team and their overall rank this year. The * next to the players are additional players on that team who ranked higher than the best player, Matt Wisler, of the Atlanta Braves.

Here are the results (rankings are through May 31):

Perhaps to no ones surprise, the worst 'best' player on any individual team was Matt Wisler of the Atlanta Braves.

Despite having a player ranked 40, the Minnesota Twins only had one player, Eduardo Nunez, inside the top 131. The Tampa Bay Rays, Alex Colome (62), also accomplished this feat. The Braves, Twins, and Rays also own the worst records in baseball.

The Los Angeles Angels (Mike Trout & Albert Pujols) and the Cincinnati Reds (Jay Bruce & Adam Duvall) were the only teams with only two players each inside the top 131.

The Boston Red Sox (11) edged out the Chicago Cubs (10) for most players on their teams who ranked higher than 131. Not too surprising considering they both have the best records in their respective leagues.

The Cubs ENTIRE ROTATION is ranked higher than the best player of the Atlanta Braves.

The Chicago White Sox (Chris Sale, Todd Frazier, & Jose Quintana) and the St Louis Cardinals (Stephen Piscotty, Aledmys Diaz, & Matt Carpenter) are tied for having the best records while having 3 or fewer players inside the top 131.

The National League (66) edged out the American League (65) in total players ranked in the top 131.