Jason Hunt takes a look back at some of his bold prospect predictions from the start of the season, and whether any of them turned out the way he thought.

At the start of every season, the writers here at Fake Teams take our best shot at what we hope are bold predictions, guesses where we hope to make a statement on what we think can happen this year. While we don't anticipate that very many, if any, will come to pass, it's an interesting exercise to see whether the thinking involved held as true or not. You can find my original predictions here, and I will review the second half of the predictions soon.

Mark Appel is the first of the second wave of Astros' prospects to get to the majors, debuting on September 1st. That doesn't mean you want to grab him in your fantasy league.

Well, it's still theoretically possible that Appel could debut on September 1st, but I'm ready to call this one now. Appel struggled mightily at High-A, was promoted to AA, and seems likely on a path to debut at some point late in the 2015 season. The performance (and reports to go with it) point to more development needed, which could lead to the potential of a buy low opportunity if you're interested in trading for Appel.

The Dodgers send either Joc Pederson or Corey Seager to the Angels for Howie Kendrick at the trade deadline.
HOW IT TURNED OUT
The theory at the time had been that the Dodgers would need better performance out of their second baseman, and that the Angels would be out of the race like they had been in 2013. Fast forward and both Pederson and Seager remain with the Dodgers, in part because the emergence of Dee Gordon kept them from needing to make an upgrade at the position in the first place. Kendrick is with the first place Angels still, and the Dodgers now have two of the top 20 prospects in the minors, both of whom could contribute at some point in 2015.
GRADE: C+ 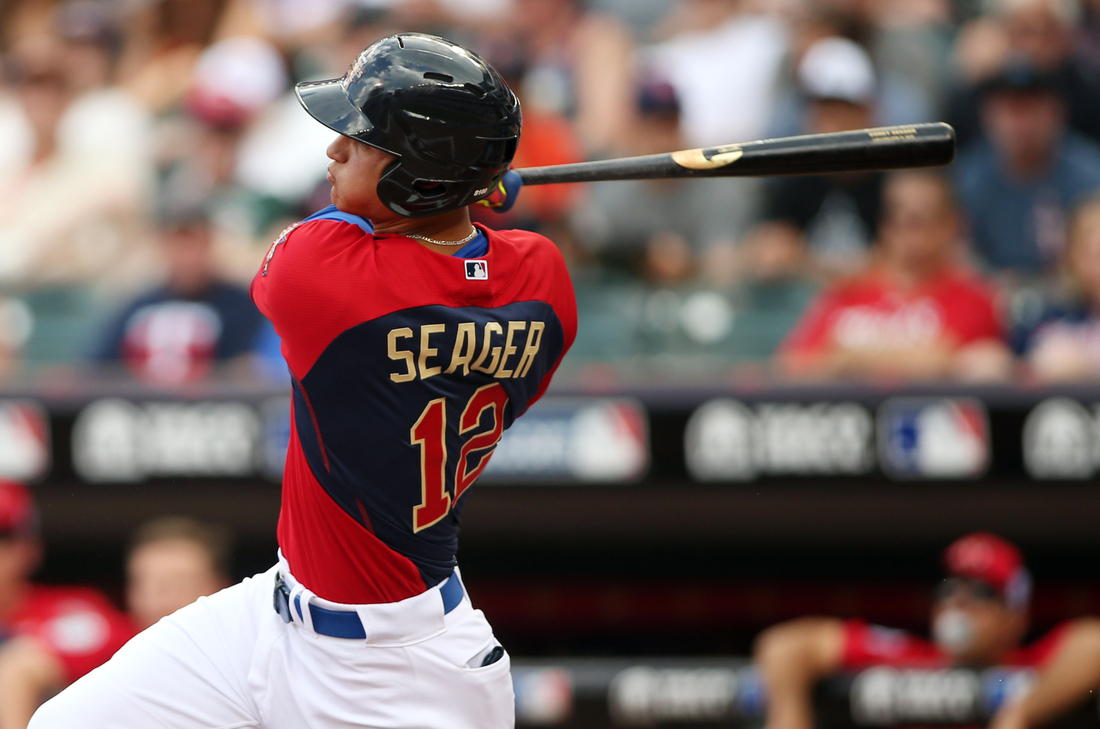 WHAT WAS SAID
Kyle Crick is converted to relief, and is named as the heir apparent to Sergio Romo as the closer for the Giants.
HOW IT TURNED OUT

Crick has remained in the starting rotation for Richmond, but the concerns remain the same as at the start of the year. He's posted an excellent strikeout rate (28% of batters, 11 per 9 innings), but the walks remain an issue (15%, 6 per 9 innings). I'm not convinced that he's any more likely to remain a starter long term, but the Giants seem like they will take their time before deciding whether he should move to the bullpen.
GRADE: B

Stephen Piscotty gets more at bats in the majors than Oscar Taveras.

Piscotty MLB AB total so far: 0. Taveras: 154 and rising. Piscotty isn't going to catch him before the end of the season, in part because he's still not up (or even on the 40-man roster), and also because of the number of other outfielders already on the 40-man roster. The organization doesn't even need to add him until after next season, so the odds of a call up at this point are slim-to-none. Piscotty is actually having a very solid year at AAA Memphis, hitting .294/.356/.414 with 8 home runs and 10 stolen bases.

Injuries to the major league pitching staff force the Red Sox to get 15 starts each from Matt Barnes and Henry Owens.

Barnes and Owens have currently made a grand total of zero starts in the major leagues this year, but have had double-digit starts from both Rubby de la Rosa and Brandon Workman, as well as multiple starts from prospects Allen Webster and Anthony Ranaudo. In hindsight, I should have looked at the 40-man roster a little more intently at the time, as Webster was already on it and Ranaudo would have to have been added to it after this season anyway, while Barnes and Owens do not.

For what it's worth, I'm also ready to call each of the following as "Nope, you should not try to predict award winners.":