Xander Bogaerts has picked up right where he left off last season, and he's outperforming most of the usual top producers at his position. Can he keep it up?

Taking breakout postseason performances into account is a tricky but necessary part of drafting, but it's also important to avoid overvaluing said performances. In the past, certain hitters have tricked us into labeling them as elite (i.e. David Freese in 2011), though this year, Boston Red Sox infielder Xander Bogaerts is doing just the opposite by proving that his impressive 2013 postseason is no fluke.

Bogaerts only needed 34 plate appearances to make an impression last postseason, and his numbers during that span—.296 average, .412 OPS, nine runs scored—made him a popular target heading into the 2014 season. What made the performance so impressive was that the Red Sox infielder had played all of 18 games in the majors before his first playoff appearance, which potentially pointed toward success this season given his ability to perform on such a high stage with so little experience.

In a much larger sample size this season (233 plate appearances), Bogaerts has put up eerily similar numbers to those from the postseason. His batting average and OBP, .300 and .391, respectively, are right in line with those totals, and he's scoring runs and even showing some pop here and there, as evidenced by his .443 slugging percentage and 15 doubles.

Let's not forget, Bogaerts has third base and shortstop eligibility, which only adds to his value. The shortstop position has been especially underwhelming this season; outside of Troy Tulowitzki, Alexei Ramirez and Bogaerts, nobody has found much success. Expected top performers like Hanley Ramirez (.261 average, 9 homers), Ian Desmond (.226/.292/.406) and J.J. Hardy (.306 average but zero homers, 14 RBI) have all disappointed, making Bogaerts' breakout season all the more valuable. 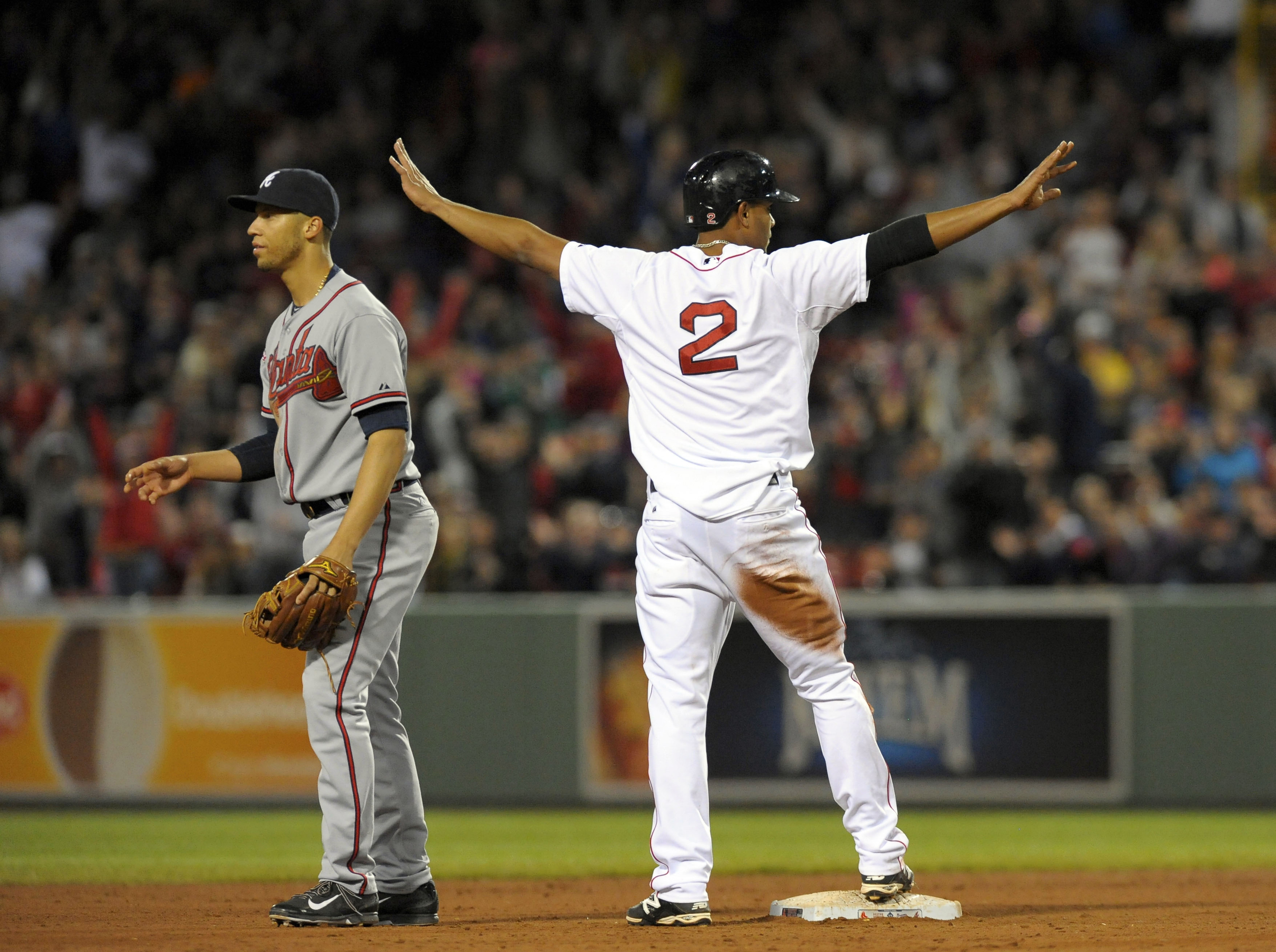 Shortstops like Andrelton Simmons (above, left) have had trouble keeping up with Bogaerts' offensive production. Bob DeChiara-USA TODAY Sports

Bogaerts is a unique young player because he has exceptional plate discipline for someone of any age. Predicting sustained success is never an easy task, but when a player has a skill set like Bogaerts', the odds of maintaining production increase significantly. That means Bogaerts is a safe bet to continue to put up his excellent numbers, which in turn makes him an especially valuable fantasy player.

Obviously, owners in leagues that use OBP will benefit immensely from Bogaerts' discipline, and considering the fact that the vast majority of shortstops haven't produced in that category, it's worth pursuing some type of deal to snag Bogaerts if you happen to have some pieces to move around. Also, in case you were unaware, only two players in the American League (Joey Bautista and Shin-Soo Choo) have higher on-base percentages than Bogaerts this season.

Chris Archer will be OK

Don't worry everyone. Chris Archer will be fine.

Can Seth Smith produce more than just a good OPS?

Smith has quietly put up impressive numbers this season, but circumstance could limit his fantasy value.

Chris Archer will be OK Can Seth Smith produce more than just a good OPS?

Despite Bogaerts' production, the addition of shortstop Stephen Drew to the lineup is a fairly legitimate concern. The Sox will have a surplus of infielders when Will Middlebrooks returns, and with the red-hot Brock Holt ready to step in at any moment, it's apparent that manager John Farrell has four fully capable players to fill two spots.

Even so, it's unlikely that Drew's arrival will impact Bogaerts' playing time other than forcing a full-time shift over to third base. Middlebrooks and Drew have done nothing to show they should receive playing time over Bogaerts, and the latter's production against lefties and righties (.885 and .782 OPS, respectively) rules out the possibility of a platoon. Bogaerts handled third base will enough last season—as evidenced by his numbers—and it's clear that he's no ordinary 21-year-old. I don't expect the move to be an issue, and neither should you!