Yoenis Cespedes is officially back

June has been a fun month for the Athletics outfielder.

Share All sharing options for: Yoenis Cespedes is officially back

An 0-for-4 performance on June 1 left Yoenis Cespedes searching for answers.

At that point in the season, the A's outfielder was hitting .240, and his four hitless ABs had dropped his on-base percentage below .300. Those numbers were essentially identical to the ones he posted in 2013 (.240 average, .294 OBP), and it was about time for the Cuban outfielder to start turning things around.

That's exactly what happened. Cespedes heated up immediately after that June 1 oh-fer, putting together a nine-game hitting streak starting the following game. (He's currently in the midst of an eight-game streak.) He's also batted .333 with 14 RBI in 78 at-bats since June 1, a stretch that has bumped him up to 20th among outfielders in ESPN's Player Rater—one spot ahead of Ryan Braun.

Maybe it's the A's unique clubhouse atmosphere, as chronicled in a recent Sports Illustrated article, that has allowed Cespedes to just be himself and do what he does best. His .355 June BABIP—a full 105 points higher than his .250 BABIP in May—hasn't hurt either, nor has his line-drive rate of 25.8, an astronomical jump from his total of 15.1 from May. The translation of those two numbers—BABIP and LD%—is that the A's outfielder is absolutely raking. He's squaring up balls more and more often, likely a result of better selectivity at the plate (6.7 BB% in June, up from 4.3% in May) and an improved strikeout rate. 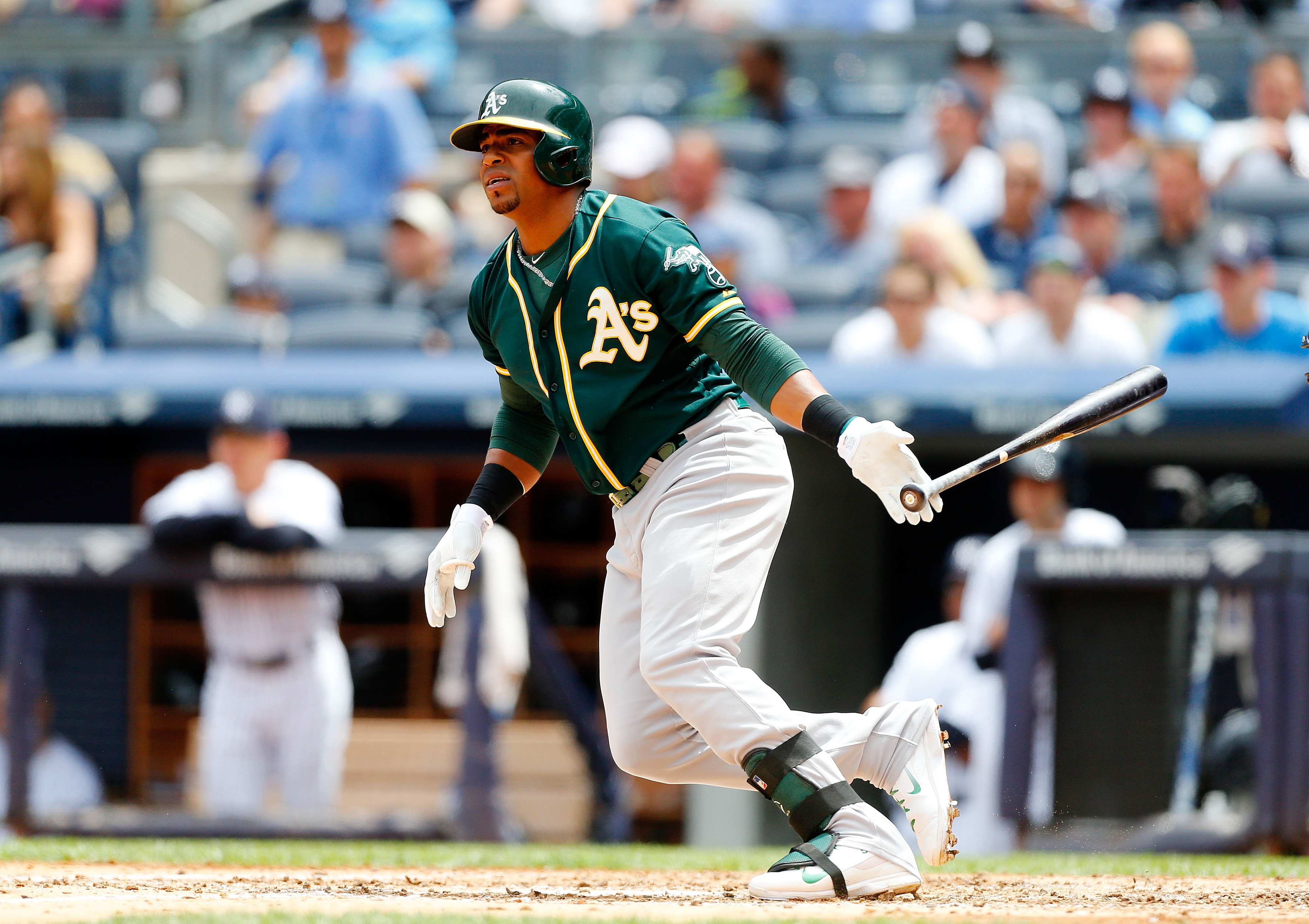 Interestingly, Cespedes is also on track to roughly equal his home run total from May, despite hitting significantly fewer fly balls. That's possible because a greater percentage of his fly balls are leaving the yard (duh), which goes back to the point about making better contact. Not only is Cespedes putting the ball in play more often, he's putting it where it needs to be when he makes contact, and with so many loud hits (remember: high line drive rate!), the ball ends up leaving the yard every now and then. As a result, Cespedes is on track to reach the 30-homer mark for the first time in his young career.

What's up with Justin Masterson?

What's up with Justin Masterson?

Of course, it hasn't been all golden for the A's outfielder. His strikeout rate, though improved, is still far too high—he struck out in 12 of his first 13 games in June and is on pace for 126 whiffs this year—and his stolen base rate is still way down. In fact, just two years after stealing 16 bases as a rookie, Cespedes has all of one steal this year and eight total in the last two seasons, a span of 207 games. That part of his game can be officially ruled dead.

But almost everything else is there. Cespedes is fifth among big league outfielders in homers and fourth in RBI. He's also fifth in doubles, 11th in slugging percentage and 16th in OPS—no small feat considering his on-base percentage was .296 three weeks ago.

Too bad those outrageous throws don't count for anything.