The signs all pointed toward a big season for the Cubs first baseman, and now he's putting up the numbers to prove it.

Share All sharing options for: Anthony Rizzo living up to preseason "breakout" expectations

For this season's annual reminder of the importance of using advanced statistics in the fantasy sphere, look no further than Cubs first baseman Anthony Rizzo's breakout performance.

Don't say we didn't tell you so.

Rizzo showed flashes of power in an overall disappointing 2013 campaign, but the signs of improvement were there. Take, for example, his criminally low .258 BABIP, which is well below the major league average and, more importantly, Rizzo's usual career totals. This year, he's back on track with a .302 BABIP—more in line with the totals he posted throughout the minors—and his average has risen accordingly.

Don't be fooled by players like the Astros' Chris Carter.

He's been the best catcher in baseball this season, that's for sure.

There were also the signs of power. Rizzo hit 23 home runs despite a HR/FB rate of 12.6 percent, a drop-off of 5.5 total percentage points from the previous season. Now, he's back up to his usual rate, and he's also on pace for 33 home runs. It's not a coincidence.

Then there's the plate discipline. Rizzo has only improved in that regard over the course of his (rather short) career, with walk-to-strikeout ratios of 0.44, 0.60 and 0.84 in 2012, 2013 and 2014, respectively. That shows drastic improvement each year, and it has culminated in Rizzo's outstanding .401 OBP this season (sixth in the majors), a number helped by his fourth-ranked total of 46 walks.

In turn, Rizzo's ability to reach base so consistently has him on track to shatter his career-high in runs scored. He's only 26 shy of matching his total from last season, and he's on pace to score 107 times this season. This is all coming while hitting in a Cubs lineup that ranks 27th in the majors in runs, 29th in OBP and 27th in OPS. Somehow, Rizzo has scored the ninth-most runs in the majors while playing for one of the league's worst hitting teams. 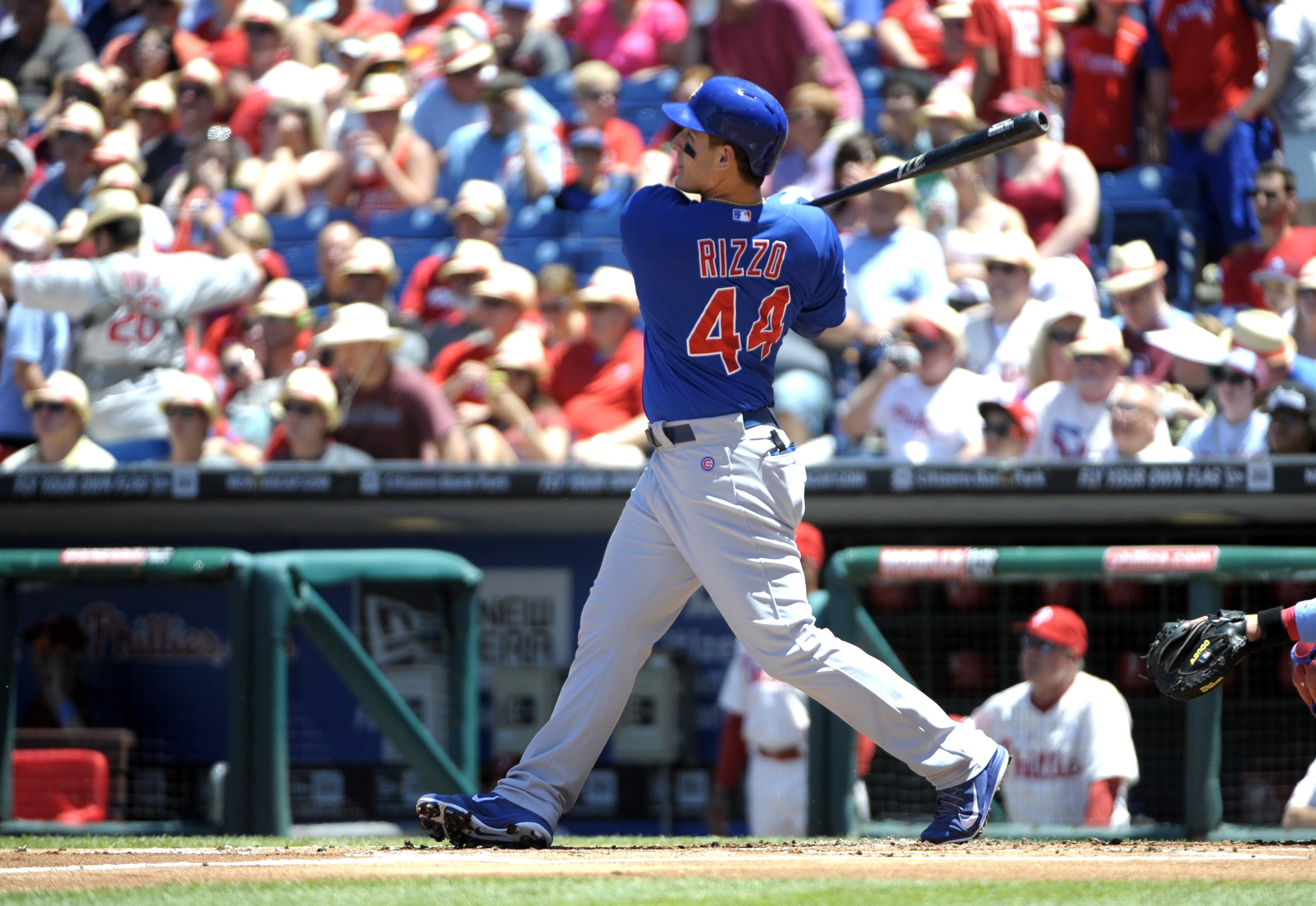 That's all a long winded way of reminding you to not overlook the importance of advanced statistical trends when it comes to fantasy baseball. In just about every way, Rizzo was primed for a huge rebound season, and while taking the gamble on him might have been a bit precarious considering he'd never produced big numbers for a full season, he was also a relatively low-risk player given his ADP—13th among first basemen.

Better yet, Rizzo is quite likely to sustain his production. Though his home run rate might drop a bit due to an unsustainably high HR/FB rate, it won't drop too much because that rate is also not too far ahead of what Rizzo did in 2012. (Remember, having advanced statistics outside the norm, like a high BABIP or line drive rate, doesn't necessarily indicate that the player's stats will drop. It matters how those totals compare to what he has established as his own norm throughout his career.) Anyway, the positively trending plate discipline seemingly indicates continual production, as does the fact that Rizzo's BABIP isn't outrageously higher than his career total. (In fact, it's actually significantly lower than his BABIPs from the minors.)

Point being, we told you so.