Share All sharing options for: Time to accept Tim Lincecum for who he is

If you try hard enough, you can remember the time when Tim Lincecum was the best pitcher in the National League, if not in all of baseball.

The Giants right-hander peaked in 2009, when he posted a career-best 2.48 ERA, struck out 261 batters (a decrease from the season before) and won his second straight NL Cy Young award. Looking ahead five years from then, not even the best psychic could have foreseen these statistics:

The Lincecum we've seen over the past three seasons looks like a completely different pitcher than he did during his reign of dominance, hairstyle and pitching ability included. The obvious difference is the lack of velocity: According to FanGraphs, Lincecum's average fastball velocity this season is 89.2 MPH, against which the opposition is hitting an astronomical .442. Considering he throws his fastball more than any other pitch, by a longshot, that's not a recipe for success.

Those numbers are in sharp contrast to the ones from Lincecum's aforementioned 2009 season, when he averaged 92.4 MPH on his fastball (career high: 94 MPH in 2008) and opponents hit .275 against it.

The fastball's decreased effectiveness has created somewhat of a domino effect. Suddenly, Lincecum's changeup isn't quite as intimidating as it once was, and opponents are hitting .227 against it, 53 points higher than their career average against it and an outrageous 91 points higher than the .136 average hitters managed against the same pitch in 2009.

So, what are the implications? Looking beyond the fact that his ERA is literally double what it was back in 2009, Lincecum is struggling to keep the ball in the yard, a testament to his control issues and lack of overpowering stuff. Perhaps most concerning, Lincecum is also getting hit harder than ever before. Even when he's struggled, the hit totals have never gotten out of hand. This year, however, Lincecum has allowed 50 hits in 35.2 innings. That's already more than 1.4 per inning, which is a crazy WHIP even without factoring in walks and hit-by-pitches.

Now, you might be asking yourself: What's the point of this article? We all know Lincecum isn't who he used to be.

Well, as it currently stands, 42.1 percent of people in ESPN leagues own Lincecum, which is a bit mystifying. It's safe to assume that many of those owners are holding onto Lincecum solely because of his previous success, in spite of recent failures.

Does that make any sense? The short answer is no, not really. Collapses like this aren't all that common, especially at the breakneck pace at which Lincecum has fallen off, but they do happen. And more often than not, pitchers who suffer statistical regressions don't return to form.

There are some exceptions. For example, Yankees starter Mike Mussina rebounded from a 5.15 ERA in 2007 to win 20 games with a 3.37 ERA in 2008, his final big league season. But Mussina never really relied on his heater to get hitters out. Perhaps a more apt comparison to Lincecum is Randy Johnson, who also relied on his high-90s velocity before falling off near the end of his career when he ran out of gas.

In Johnson's final season, coincidentally with the Giants, his fastball velocity fell to 90.1 MPH, and he posted the second highest ERA (4.88) in a full season of his career. That was the culmination of an ongoing trend–Johnson retired following that season. But as we saw, once Johnson's velocity began to decrease, he never really returned to the level he was once at.

The point is this: Expecting a return even to respectability from Lincecum is unreasonable. Pitchers who lose the edge of having above-average stuff often have trouble adjusting, while pitchers like Mussina, who have had unspectacular stuff for the majority of their careers, are generally more likely to rebound. That's not to say a recovery won't happen, but until something changes, it's completely ludicrous for anyone, let alone over 42 percent of leagues, to own Lincecum when there are plenty of pitchers with sub-five ERAs out there. 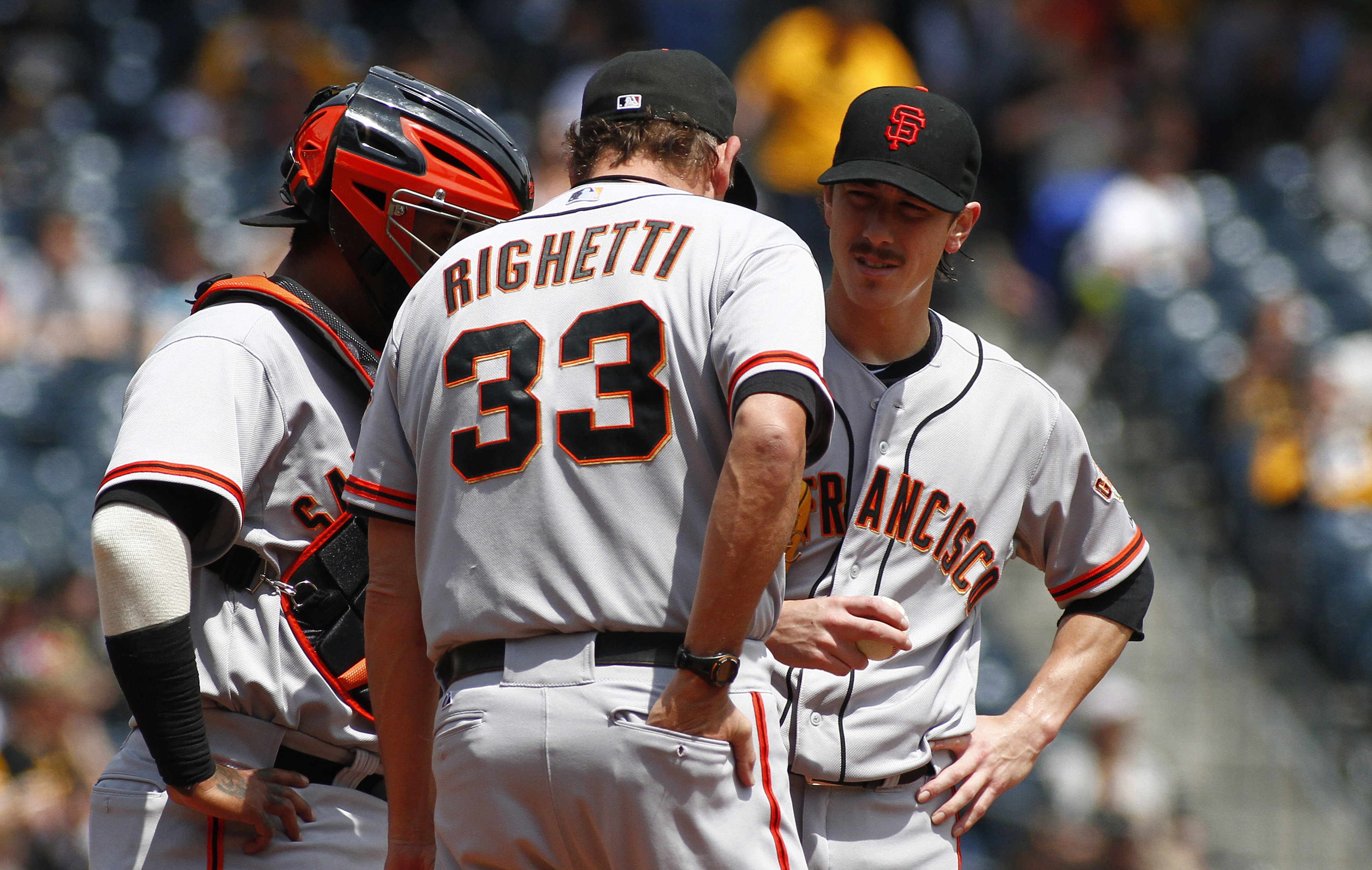 This season, there was definitely some talk of Lincecum being a sleeper (a very deep sleeper....) given his significant improvement last season from his disastrous 2012 numbers. Though seven starts is admittedly a small sample size, Lincecum has certainly thrown enough innings this season to infer that he's regressing back to his 2012 self, perhaps for good.

Given that information, there's little justification for keeping Lincecum on your fantasy roster. It really doesn't matter how many teams are in your league–he'll hurt you most times he takes the mound. Whatever value Lincecum provides with his high strikeout totals and occasional gems, he completely snuffs out with consistently astronomical WHIP totals (including 1.71 this season) and very few wins (35 victories in his last 105 starts), not to mention a steadily high ERA.

Ian Kennedy has returned to 2011 form, but is this success sustainable?

This isn't to condemn Lincecum. Just as I wasn't able to foresee his dramatic drop-off over the last three seasons, I can't say Lincecum will continue to struggle. Perhaps he'll figure out how to become a serviceable starter over the course of this season and defy the odds. And yet, the Giants right-hander has given us no reason to believe that he'll do so, and until he does, there's no reason to use a roster spot on him.

Until Lincecum can figure out his command, which is of chief importance given his inability to blow hitters away anymore, he's completely irrelevant in the fantasy sphere. As a San Francisco Giants fan, I'll always have a place in my heart for Lincecum, but when it comes to fantasy baseball, it's a completely different story.