Don't worry everyone. Chris Archer will be fine.

2014 has not been kind to Tampa Bay Rays right-hander Chris Archer.

Pegged as a fantasy sleeper by just about everybody heading into the season, Archer was seemingly poised for a breakout following a fantastic 2013 campaign that saw him finish third in Rookie of the Year voting.

Instead, Archer has rewarded his owners with a 4.59 ERA through nine starts, with just three wins. He's also posted a 1.45 WHIP, and he hasn't recorded a quality start since April 19, a span of five starts. Clearly, something isn't right.

For one, Archer is particularly struggling to put hitters away with two strikes. As the Tampa Bay Times' Joe Smith wrote on Sunday, Archer's May 11 start against the Indians was particularly bad. The Rays right-hander allowed Cleveland hitters to go 6-for-11 with two walks in two-strike counts, which led to three of Archer's four runs allowed. 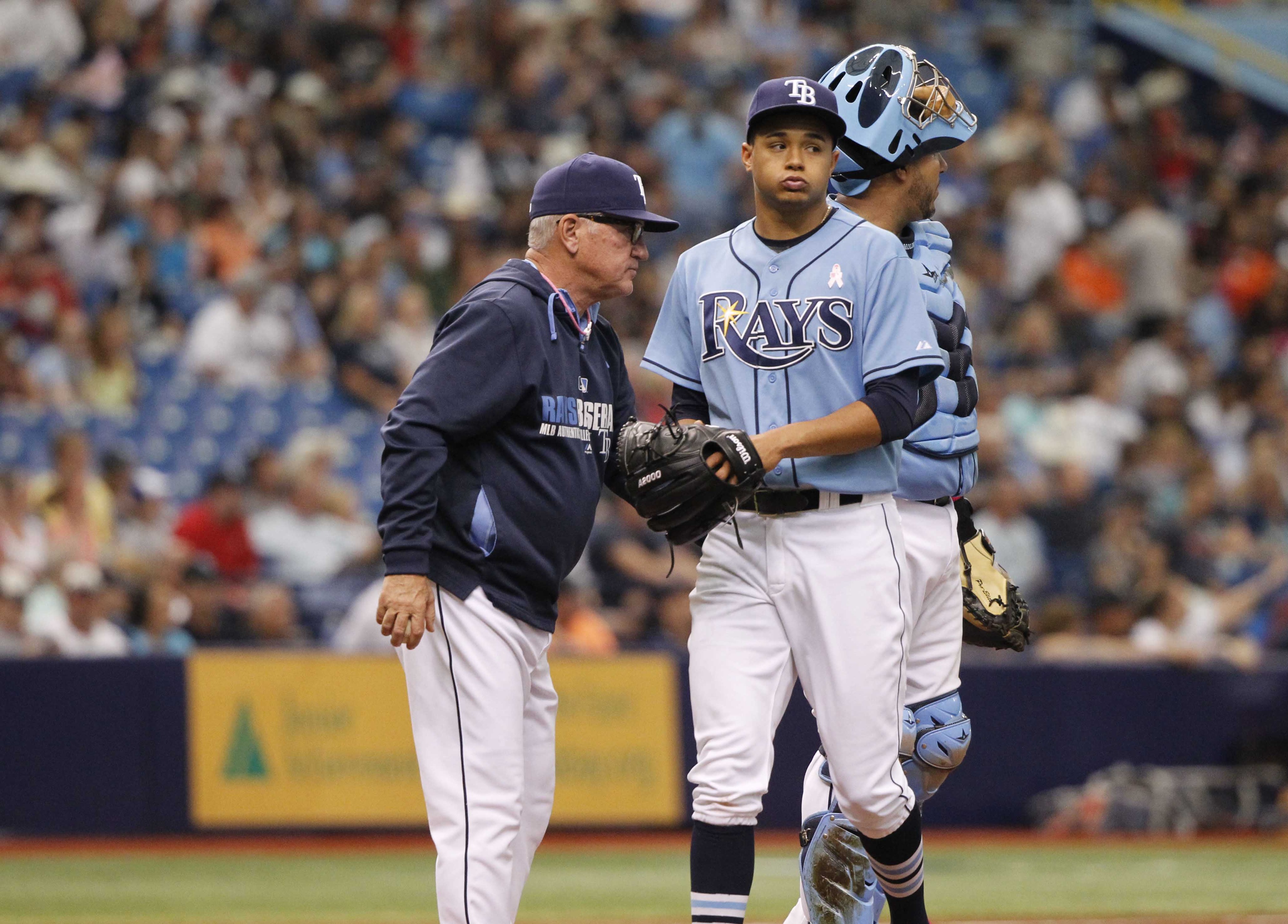 Opponents are hitting .263 against Archer in 0-2 counts, but just .274 against him overall.

Even if Archer doesn't revert to the two-strike success he achieved last season, it's hard to believe he'll continue to struggle this much. He clearly showed the ability to put hitters away last season, which means it's reasonable to expect some improvement in that regard as the season goes on, particularly in 0-2 counts.

Archer has also been the victim of some seriously bad luck to start the season, which is probably related to the previous point to a certain extent. Opponents are hitting .327 against Archer when they put balls in play, which is 50 points above his career total, 74 points above his 2013 total and the highest BABIP he's allowed at any level since Rookie ball in 2007.

As a disclaimer, having a high BABIP doesn't necessarily mean a pitcher's fortunes will improve. Bad luck doesn't necessarily mean one is "due" for a change—that's not the way the world works. But statistically, there's an excellent chance that Archer will only get better when it comes to his BABIP, which in turn would have a positive effect on his fantasy production.

For what it's worth, Archer is also motivated to improve, per Smith's article:

"I've been working hard my whole career to be consistent, and I'm having a tough stretch of games right now," Archer said. "But it's not going to derail the effort I put in. The worst part is letting your teammates down. But then as soon as the game is over, they remind you you're not letting them down as long as you're putting in your best effort. I'm going to continue to do that, and I have full conviction that if that's what I do, it's going to turn for me. The tide is going to turn. This is all temporary."

Remember, numbers and advanced statistics can only measure so much. While the stats point toward a rebound for Archer, it's perhaps just as important that he's willing to put in the effort to fix the problem. Archer is young. He'll figure it out.

The Rays right-hander is scheduled to get the ball on Friday night in the series opener against the Red Sox in Tampa. That could be the start of a turnaround.