Spencer Silva takes a look at Mets pitcher Rafael Montero, who made his major league debut last Wednesday vs. the Yankees.

Rafael Montero is an odd-ball. Signed at 20 out of the Dominican Republic (most kids are signed at 16), Montero has reached the majors in three short years, securing himself a rotation spot in Queens at the ripe age of 23. Like many of the other young arms in the Mets system, Montero's command/control/makeup is the grist of his profile. 2013 was a breakout season, where he produced a sexy 2.76 ERA (2.46 FIP, 3.16 SIERA) with 8.64 K/p and 2.05 BB/9, in 153.1 innings. Heading into 2014, Montero was *almost* universally regarded as a top-100 prospect (*BP left him off their 101). He's a lower-ceiling, high-floor type, who will likely eat quality innings at a high rate.

Let's dig into his repertoire.

Montero's trademark as a prospect is his ability to command the fastball. He sits 91-93, but can reach back for 94-95 when necessary. The pitch above is a 3-2 sinker to Brian McCann, which induced an easy groundout to second. According to Brooks, it ended just below the strike zone, but could have reasonably been called a strike given its late movement (#6). 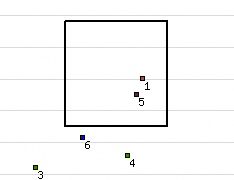 Montero, like most short pitchers, is at his best when he pitches to the bottom shelf. When he leaves his fastball up, it flattens like a pancake. This is what happens when short pitchers leave flat fastballs up in the zone:

(Solarte gets down on a bended knee to receive the glory of this 3-1 pitch.) 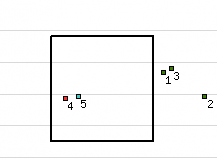 Number 5 is the homer. Although it had the most horizontal movement of any pitch in the at-bat, it was belt high and in almost the exact same location--but worse--as the pitch before it; Solarte devours it like a greedy malnourished weasel.

On a positive note, Montero's fastball has good arm side run, and, according to reports, plays up due to his whippy arm action. This is an effective major league pitch if Montero can pound the bottom of the zone.

Montero didn't have his best slider against the Yanks, but reports suggest it flashes "plus" (B territory).

He throws it from the same slot as his FB, and, at times, it has good late bite. He couldn't throw it consistently for strikes, but reports suggest that he has in the minors. This get-me-over slider (oops, it was a ball) to Alfonso Soriano is one of the better ones I saw Wednesday night.

Montero throws a split-change that's 7-8 MPH slower than his fastball. It has above-average horizontal movement, but lacks the off-the-table drop associated with swing and miss off-speed pitches. This change to Brett Gardner was his best of the night, preceded by a 2-2 fastball and 2-2 slider, both fouled off by the pesky Gardner. Montero struggled to put away hitters all night, and this is the type of pitch he'll need  to get whiffs and groundouts at the big league level.

I'm not a big fan of Montero's mechanical profile, mostly because of his below-average balance and stability. His delivery doesn't get really bad until foot strike, when his front leg veers left, leading him to over-rotate his body and push his momentum towards first-base. Compare Montero to another young hurler, Julio Teheran.

First, look at the angle of their front legs. Montero's leg is at a near 90 degree bend, an extreme angle that requires serious functional strength to maintain (just ask a yoga instructor). Notice his head, not even close to being centered over his mass. Teheran, on the other hand, has a leg bend closer to 75-80 degrees--much more tenable. Teheran's head is line with his center of gravity, and is ready to explode towards home plate.

Next, look at their shoulder/hip separation. Montero fires his hip and shoulder at nearly the same time, creating minimal torque, while Teheran fires his hip first, then his shoulder, and creates plus torque and easy velocity. Montero relies on arm strength and arm speed to create velocity. It's hard to believe he has a command/control profile given his mechanics.

The X-factor with Montero, by all accounts, is his makeup. Poise and fearlessness are intangibles Montero has in spades.Truthfully, I'm not sure how this oddball profile will translate to the majors. He has three pitches that can be average or slightly better, but he lacks an out pitch. He doesn't walk anyone, however, and a strike-throwing pitcher with a slightly above average repertoire can be an inning-eating number three or four starter at the major league level. For fantasy purposes, I wouldn't rush to grab Montero in shallower leagues. In due time I could see him developing into a consistent back-end of your fantasy rotation starter, a guy with an ERA in 3.60-3.75 ERA range, with good WHIPs and seven or so strikeouts per nine.