Smith has quietly put up impressive numbers this season, but circumstance could limit his fantasy value.

Without looking it up, tell me who's second in the majors in OPS this season.

It's not Jose Bautista, the suddenly red-hot Yasiel Puig or even Giancarlo Stanton. No, it's San Diego Padres outfielder Seth Smith, who has a 1.042 OPS in 120 at-bats spanning 38 games. Given that knowledge, why is he owned in 38.2 percent of ESPN leagues? He could become (presumably) the first hitter to qualify for the batting title with an OPS over 1.000 while also being owned in less than half of fantasy leagues.

What to expect from Justin Upton

Justin Upton is off to an eerily similar start to his 2013 season, putting together a fantastic month of April before falling off in May. But does that mean fantasy owners should condemn him?

What to expect from Justin Upton

Alas, despite his impressive percentage statistics, Smith isn't particularly relevant in the fantasy landscape for a number of reasons. Most importantly, he plays on the Padres, who are hitting .221 as a team (dead last in the majors) and have scored 133 runs (second-worst) thanks to an atrocious .279 OBP.

In other words, Smith has been essentially the lone bright spot on the team, and as such, he hasn't received many RBI opportunities. In fact, no other hitter ranking in the top 15 in the majors in OPS has fewer RBI than Smith's 17 on the season, and among that same group of hitters, only Chase Utley has fewer home runs.

The obvious issue is that Smith is essentially a platoon player. He has just 11 at-bats against left-handers this season, which severely limits his value because he misses out on a ton of playing time. 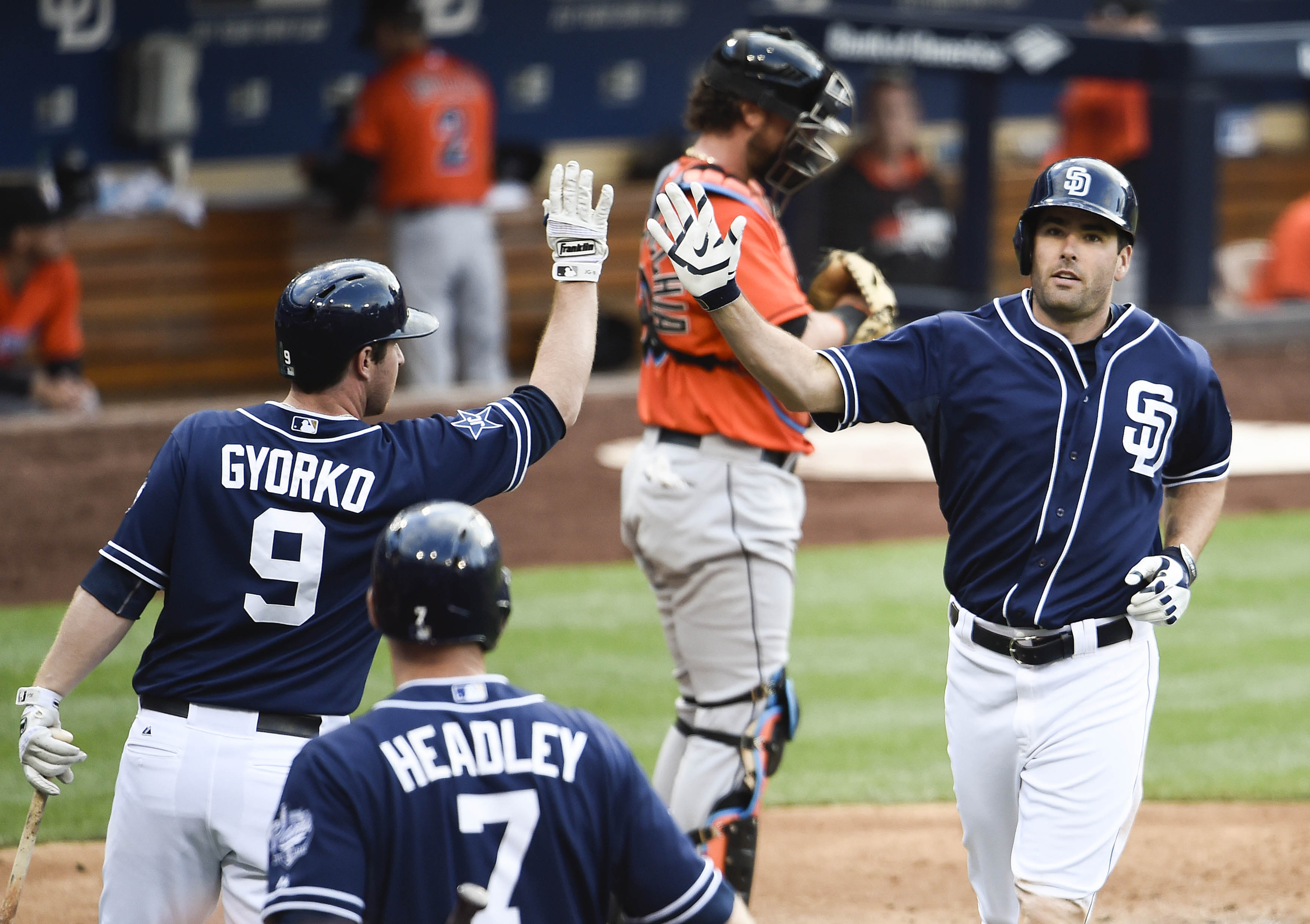 So, what do we make of this? On one hand, Smith has been statistically one of the best hitters in baseball this season, but his fantasy production hasn't reflected as much. He's 146 on ESPN's player rater, thanks to his lack of counting stats. Aside from the lack of home runs and RBI, Smith has scored 18 runs and has yet to even attempt a steal since 2012.

The short answer to the previous question is that it really depends on your league. If you get rewarded for high on-base percentage or OPS in general, or get penalized for strikeouts, Smith is an excellent bench player. The Padres offense can also really only improve from here on out, and it's hard to believe that a player who qualifies for the batting title with an OPS over 1.000 will continue his pace for just 61 RBI. Everth Cabrera has a .273 OBP, which is well below what he's put up in the past, and as that number inevitably goes up, so too will Smith's RBI opportunities. Also, if he continues to put up number like this, it's hard to imagine he'll continue to see such limited playing time.

Utley is reverting back to his 2009 self, and he's doing it in a year that's seen a lack of depth at the second base position, despite the emergence of several breakout performers. Selling high on the Phillies second baseman would be a huge mistake.

For the time being, Smith is a much stronger option in NL-only leagues, as he's less likely to be relevant in mixed leagues with so many options at the outfield position.

Also, as previously mentioned, Smith is owned in just 38.2 percent of ESPN leagues, which means there's a decent chance he's available in your league. He might not be a valuable commodity just yet, but as the season goes on, Smith has a good chance of becoming much more relevant fantasy-wise.