Jason Heyward: Don't write him off just yet

Share All sharing options for: Jason Heyward: Don't write him off just yet

When Atlanta Braves outfielder Jason Heyward stepped to the plate for his first major league at-bat on April 5, 2010, he was being touted as the next big thing. After hitting a three-run homer on the third pitch he saw, that notion was seemingly confirmed.

Instead, however, Heyward's career has been defined by failure to meet expectations and, more importantly for readers on Fake Teams, lack of consistent fantasy production.

We're seeing more of the same in 2014, where after a disappointing 2013 season in which Heyward only played in 104 games, the Braves right fielder is picking up right where he left off by posting a .206/.296/.314 slash line in 115 plate appearances to begin the season.

The biggest area of concern when it comes to Heyward is his gaping weakness at the plate: hitting the inside pitch. Because Heyward's swing is so long, with his hands often extending outwards before he drags his bat head through the zone, he often struggles to catch up to inside fastballs. Sports Illustrated's Ben Reiter wrote about Heyward on Wednesday, noting the left-hander's unconventional style at the plate:

When Heyward was a prospect, the consensus was that his swing, though slightly unorthodox, worked for him, so extreme was his talent. As it has turned out, the scout says, it is the one thing that has separated him from greatness, giving pitchers a clearly identifiable hole to attack. "He's easy to pitch to if you're willing to pitch inside," the scout said. "The ball he hits well is the ball out away from him. Anybody that pounds him in can get him. That's why Niese hit him: He went up and in, and Heyward's a diver. If pitchers pitch around him, on the outer half, he'll crush it. But power guys can get him out all day inside."

That's something that will always limit Heyward's value, but it doesn't mean he can't contribute to your fantasy team. Even with that glaring hitting deficiency, Heyward has shown signs of fantasy respectability in the past. When healthy for the entire season, the Braves outfielder is a 20-20 threat, and he's also blessed by circumstance given his presence in a top-notch Atlanta lineup. 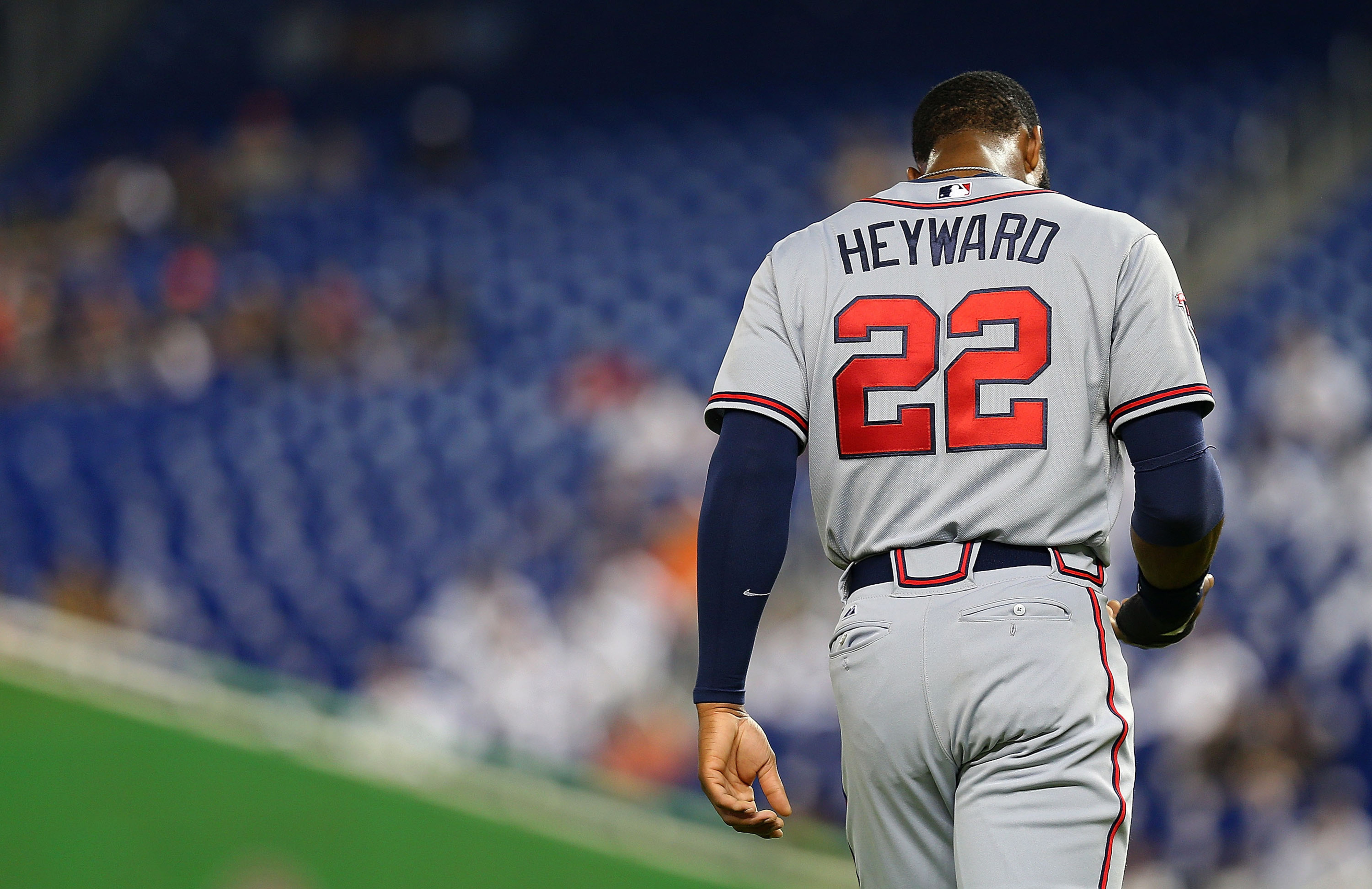 Indeed, hitting atop the Braves order that features Freddie Freeman, Justin Upton and Chris Johnson–and, unfortunately, B.J. Upton–means Heyward will score plenty of runs even if he doesn't reach base at a high rate.

There's no looking around Heyward's propensity to score. In 440 plate appearances last season, he scored 67 runs despite a .254 batting average and unimpressive .349 OBP. That put him on track for right around 100 runs scored during a full 650-PA season, which is more than acceptable in fantasy terms.

Heyward is also a solid pickup in OBP formats, in which his above-average eye at the plate generally offsets his low batting average. That hasn't quite been the case this season, given his .296 OBP, but if history is any indication, you're going to see Heyward reach base at a respectable rate.

As previously mentioned, Heyward is also a 20-20 threat, something he's showcasing this season with his four steals already. That's an especially good sign because Heyward hasn't had many opportunities to actually swipe bases due to his trouble reaching base. If he starts hitting more in line with his career average, eclipsing the 24 stolen bases he's on track for right now isn't out of the question.

Heyward has also made a habit of slow starts in the past. March/April and May are historically his worst months:

While overly relying on past trends is a dangerous game to play in fantasy baseball, the above numbers don't lie. The huge discrepancy between Heyward's production pre- and post-June is significant enough that it's worth taking stock in, and it's also something you can use to your advantage in your fantasy league.