The Royals made waves by taking Hunter Dozier with the 8th overall pick in last year's draft, but he's an interesting prospect regardless of where he was expected to be drafted. What could he do for your dynasty team, and when could he end up in Kansas City?

Throughout the minor league season, the prospect staff here at Fake Teams will look at a number of prospects for your fantasy and dynasty teams. Some will be prospects that you'll see this year in the majors, while others are interesting targets in longer term formats. Up today is the Royals' top draft pick from a year ago, third baseman Hunter Dozier.

Undrafted out of high school, Hunter Dozier attended Stephen F. Austin University, hitting .315 and .357 in his first two seasons. He came into his draft year viewed as the #84 ranked college prospect from Baseball America, and 17 home runs, 12 stolen bases, and a .396/.482/.755 slash line moved him to #39 on their overall draft board. While he was viewed as a potential late first round pick or even a supplemental pick, the Royals surprised everyone by taking him with the #8 overall pick.

The Royals signed Dozier to a bonus of $2.2 million, saving nearly a million dollars on the slot recommendation. By doing this, they were able to give Sean Manaea, their supplemental first round pick and a preseason candidate for the top overall pick, a bonus nearly $2 million over slot when combined with the savings from later picks in the first ten rounds as well.

Dozier was sent to the Royals' Pioneer League affiliate after signing, and hit .303/.403/.509 over 258 plate appearances before a late season promotion to low-A Lexington. 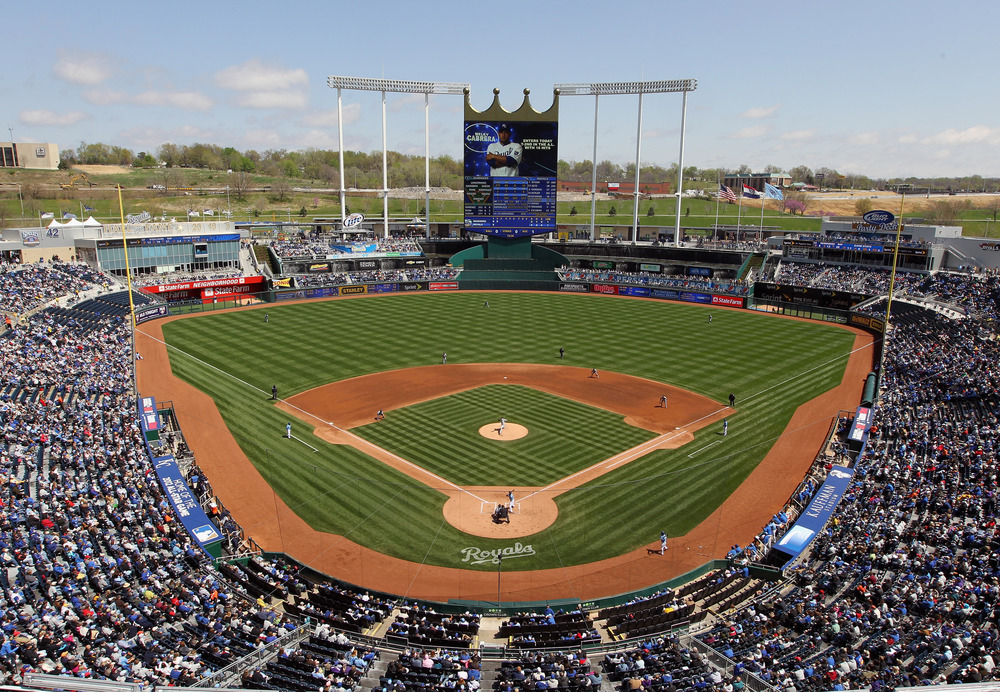 The Fake Teams Prospects Staff wrote up their top 10 fantasy prospects in the Royals' organization.

Hit (AVG): Dozier has shown a polished approach at the plate, walking more than he struck out in his first professional season. He is expected to provide value with a solid batting average, and is capable of hitting .280+ on a consistent basis. His approach will be even more helpful in OBP leagues, where he should continue to see a good split between his average and on-base percentage due to the higher walk rate.

Power (HR, RBI): Dozier has already shown above-average power (30 doubles, 7 home runs in 317 plate appearances), and there is the potential for a 25+ home run hitter on a regular basis.

Speed (R, SB): Dozier is viewed as an average runner, with the potential to provide more than a token few stolen bases here and there.

Defense: Dozier played shortstop primarily in college, but was moved to third base shortly after signing. While it was expected that he would outgrow the position eventually, having Raul Mondesi available to play the position at the same level as Dozier made the move that much faster. He's expected to be a solid defender at the hot corner, with a strong arm to help him out.

Dozier will start the season playing third for Wilmington, the Royals' High-A affiliate in the Carolina League. If he hits as well as he did in 2013, he could see time with the Royals' AA club by season's end. The team has time to let him develop with Mike Moustakas currently manning the position, but it wouldn't surprise me to see him in Kansas City by the end of the 2015 season.

Dozier is a name that hasn't been getting as much hype as the profile really ought to, in my opinion. He has the potential to be a top 10 third baseman for fantasy purposes, and his approach lends itself to a very high floor. The Royals have the potential to let him go slowly, while they wait to see what the final ceiling on Mike Moustakas is, and could let Dozier destroy lower-level pitching for most of this year. He was ranked at #72 in our consensus fantasy prospect rankings this year, and I could very well see a scenario where he moves up into the top 30 or so prospects overall.

For more on the Royals and the minors