Ryan McMahon has been a player that started gaining steam throughout the offseason, and could be a potentially interesting fantasy prospect. What could he be for fantasy owners in the future?

Throughout the minor league season, the prospect staff here at Fake Teams will look at a number of prospects for your fantasy and dynasty teams. Some will be prospects that you'll see this year in the majors, while others are interesting targets in longer term formats. Up today is a third base prospect that gets a tiny bit overlooked at times, but has been getting helium this offseason, in Ryan McMahon of the Colorado Rockies.

After an excellent high school career at Mater Dei in Southern California where he was a two-sport star, the Rockies drafted McMahon with their second round pick, and signed him to a bonus of just over $1.3 million. He was sent to the hitters' paradise of Grand Junction, Colorado, where he appeared in 59 games, hitting .321/.402/.583 with 11 home runs and 18 doubles. So far, in 11 games this year with the Rockies' full-season Low-A affiliate in Asheville, McMahon is hitting .297/.413/.676 with four home runs and seven RBI. (It is worth noting that Asheville is a very heavy hitter-friendly environment as well, specifically for home runs given the small dimensions of the park at 297 to right and 320 to right center)

Hit (AVG): McMahon projects to be an above-average hitter as he progressed toward the majors, potentially providing batting averages above .280 on a consistent basis. His swing is very easy and fluid, which should serve him well when paired with a good approach at the plate.

Power (HR, RBI): McMahon has already shown above-average power potential, with the slight caveat that both of his home parks so far have been very power friendly. It is expected that he will continue to translate that power into in-game success, potentially providing 25-30 home runs per season and a bunch of runs batted in.

Speed (R, SB): McMahon isn't expected to provide a ton of value in terms of stolen bases, but is considered to be an athletic player. His run totals will likely be heavily influenced by how well the others in his lineup hit around him, but he shouldn't be clogging the bases and should be at least an average contributor in that category.

Defense: McMahon was a shortstop during high school, and moved to third base during his draft year. He is considered a work-in-progress there at the moment, but it sounds like he has the potential to stay there down the line. It is possible that he could move to first base down the line, which would impact his overall fantasy value somewhat. He also gets high marks on his work ethic and leadership (he was the quarterback for Mater Dei and had committed to go to USC before signing). 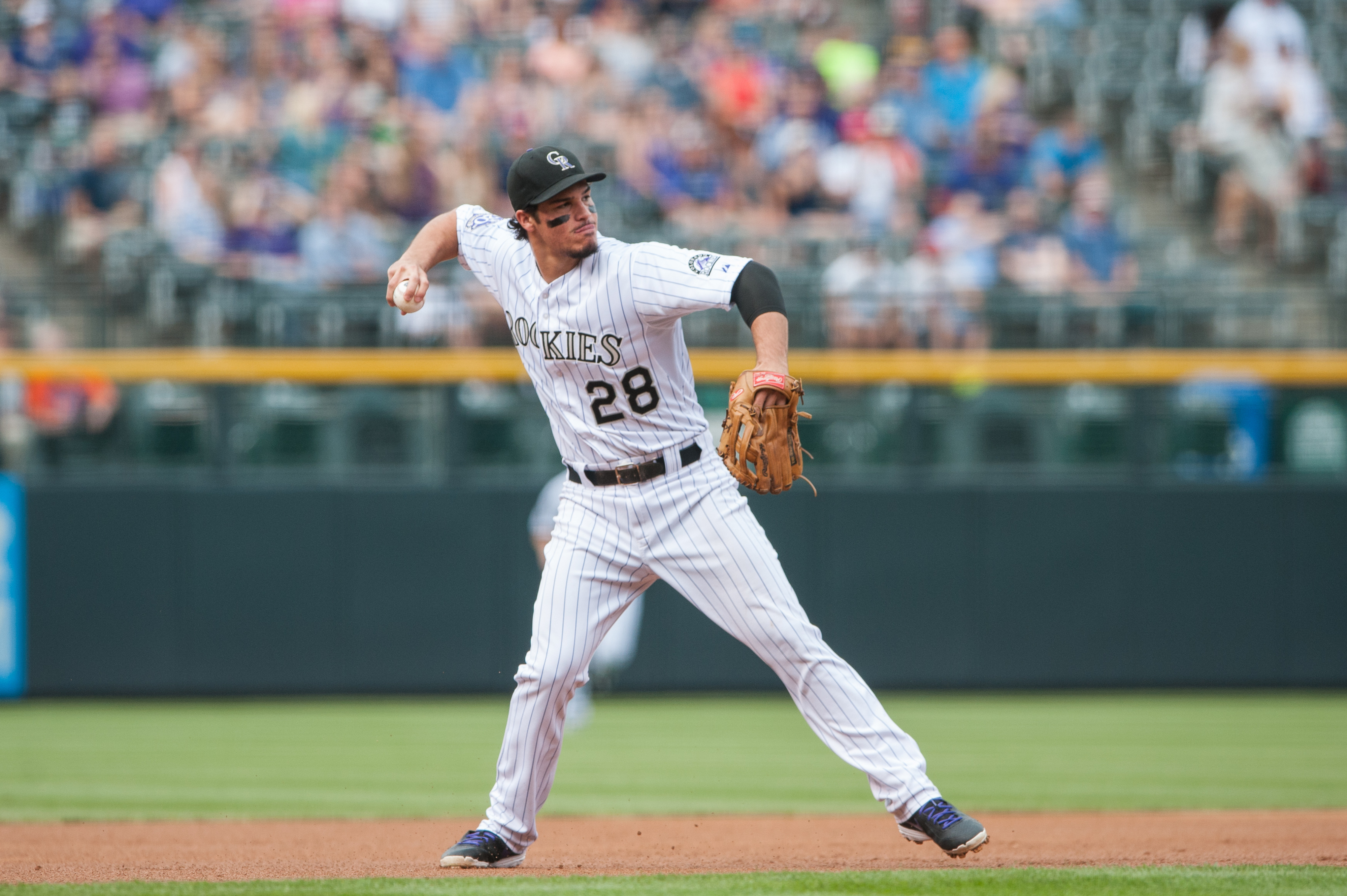 There's really no hurry for McMahon to get to the majors, with Nolan Arenado holding down the position after a Gold Glove rookie campaign. Given that, I could see the organization moving McMahon a year-per-level, which would give him a debut timed around the end of the 2017 campaign.

McMahon can be a top 10 contributor at third base, hitting for a high average with good power totals. Add in that his potential home park could be Coors Field, and I would not be surprised to see consistent years of .280 with 25 home runs, with the potential at peak for a .300/30 HR season.

McMahon was a name that was a bit overlooked at the start of the offseason, but had moved up lists by the end as additional reports started coming in. It's entirely possible that McMahon could be a top 50 or even a top 25 fantasy prospect if he has a strong year in Asheville, and should absolutely be targeted if he is available in your dynasty league.