Last year's top draft pick for the Orioles has been getting a lot of buzz leading into his first full pro season. What can Hunter Harvey do for your fantasy team, and when could it happen?

We've already begun our encompassing look at the starting pitcher position with the release of our consensus top 75 starting pitchers for the 2014 season. We will not be releasing a top prospect list by position this year, so there is no list of top 20 starting pitcher prospects coming, for the simple reason that ranking them for position isn't likely to help a lot of fantasy owners. Instead, as a part of each position, the prospect staff will look at a few prospects at each position who could potentially have an impact during the 2014 season. Next up on the list is Hunter Harvey of the Baltimore Orioles

The son of former major league reliever Bryan Harvey, Hunter Harvey came into his senior season viewed as a potential first round pick, and did little during the season to dissuade anyone from that notion. He threw 54 innings, struck out 116, walked 17 batters, and allowed just 23 hits. In the final edition of Baseball America's top 500 draft prospects, he was ranked as the #33 draft prospect, and they mentioned specifically that he had not committed to college, leading them to speculate that he would be very likely to sign if drafted. The Orioles took him at #22 overall in last year's draft, and signed him to a bonus of just under $2 million later that month. Across the Orioles' two short-season affiliates, he threw another 25 innings, striking out 33 and walking 6.

I actually wrote up Harvey as a part of our Minor League Keeper Thoughts series, ranking him #3 in the Orioles' system back in October, and provided this report then:

He has a projectable frame at this point, and is expected to be able to add some muscle as a result of that. The frame in combination with his repertoire points to the potential for a very high ceiling starter, with the potential to be a #2 starter if everything comes together for him. There have been some questions surrounding him so far, but many of them appear to be things which can be worked on, and are expected to some extent from a high school draftee like Harvey. 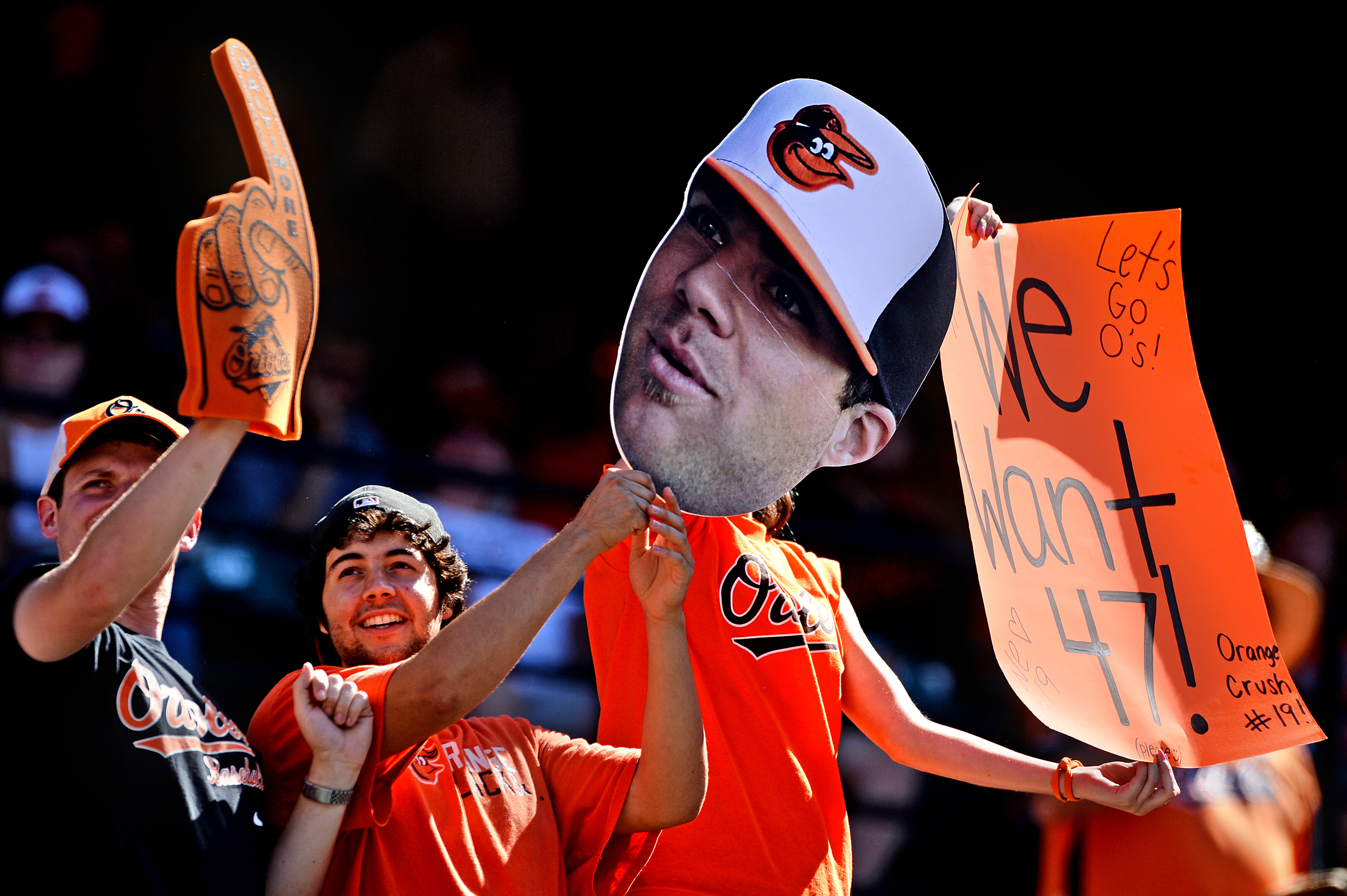 I thought Harvey was on a path toward arriving during the 2017 season back in October, and I don't know if I would move that up too far as of now. MASN's Steve Melewski reported he will likely start the season with Low-A Delmarva, and while there isn't a specific innings limit mentioned for 2014, Melewski speculated that 100-125 is probably the most likely number. I don't think he's going to get the same kind of treatment that Dylan Bundy got, but more likely could see time in 2016 if he progresses through two levels either this year or next.

Harvey is a lottery ticket at this point, albeit one with a higher probability than most. He has the potential to provide high strikeout totals to go along with solid ratios, and we should get a better idea of what that range looks like after he pitches this year.

Hunter has the potential to be a #2 starter if everything falls right, and should slot in very nicely behind Bundy and Gausman when he arrives in the majors. He will be among the top 70 on our upcoming top 200 fantasy prospect list, and I have him within my own top 50 given his ceiling.

For more on the Orioles and the minors

Jason Hunt is a contributing writer for Fake Teams, specializing in the minor leagues and prospects. You can follow him on Twitter @jasonsbaseball