Ray offers his thoughts on some players in the news over the last few days, including Clayton Kershaw, Carlos Santana, Justin Verlander, Grady Sizemore and others.

We are edging ever closer to the first game of 2014 on U.S. soil on Sunday Night Baseball, a game that pits the Dodgers, and probably Clayton Kershaw Hyun-Jin Ryu (or Dan Haren) on the mound, vs the Padres and Andrew Cashner. It should be a good pitching matchup, especially with the game being played at Petco Park in San Diego.

Here are my thoughts on some players in the new from Wednesday.

I wrote about Santana earlier this offseason when we learned that he would be playing third base in winter ball. Once spring training began, Indians manager Terry Francona stated that he wanted to see if Santana can play third. Moving him to third base would improve the Indians lineup, as Santana is one of their better hitters, and his move to third would put light-hitting Lonnie Chisenhall to the bench or AAA. It also allows Yan Gomes to take over the starting catcher job, where he is the better defensive option.

Well, it appears he impressed his manager with his defense at third base as Santana was named the Indians starting third baseman this season. Here is more from ESPN's Buster Olney on the move:

Carlos Santana was named the third baseman for the Indians, with Lonnie Chisenhall winninga spot on the roster. The guess here is that Chisenhall will play a fair amount, finishing games at third when the Indians have a lead and perhaps starting when ground-baller Justin Masterson starts.

The move to third increases Santana's value a bit, as he gains eligiblilty at third base this season, to go with catcher, first base and DH from 2013. Santana will also back up Gomes when he needs a day off, but more importantly, he should retain catcher eligibility in 2015. In addition, the move frees Santana to get more at bats, and thus, improves his fantasy value in 2014.

We learned last night that Dodgers ace Clayton Kershaw will miss his Sunday Night Baseball start with inflammation in his left shoulder. Here is the tweet from Dylan Hernandez from the LA Times:

Hernandez goes on to tweet that there is no timetable for his return to the rotation, so hopefully this doesn't result in a long DL stint, or a DL stint at all. As a Kershaw owner in the Tout Wars mixed league, and a huge Dodgers fan, I hope the Dodgers are just being cautious with him. I am not even sure what the Teres Major muscle is.

So, I decided to google it, and here is what I found. I hope he just needs a massage or something and there is no damage. 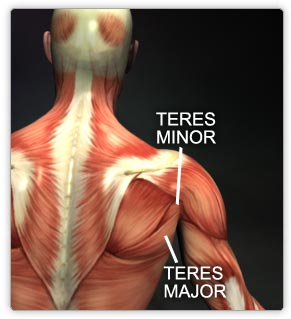 Rangers second baseman Jurickson Profar will miss 10-12 weeks due to a tear in his Teres Major muscle, but there are no indications Kershaw has a tear.....yet.

As I am writing this, the news on Kershaw is coming fast and furious. Here is Yahoo's Tim Brown via Twitter:

I understand Kershaw fought Dodgers on decision to scratch him from start. So, again, extreme caution here.

The Red Sox have yet to make a decision on what to do with Grady Sizemore, but in the coming days, we should learn that he has won the starting center field job.

Our own Jasper Scherer profiled Sizemore yesterday, and here are some of the points he made in recommending him on draft day:

According to NESN.com, the Sox won't carry both Sizemore and Bradley on the roster come Opening Day. In that case, the choice almost becomes too easy. Would you take the .303 hitter who has proven success in the majors (three top-12 MVP finishes), or risk a repeat of last year with Bradley, when the young outfielder struggled with a .189/.280/.337 slash line in 37 games? I'd take Sizemore too.

Sizemore is a huge injury risk as he has has played just 104 games in the majors since 2009, so he could still be working out the rust. But, he has looked good in spring training, and the Red Sox could hand him the starting center field job and see how long he can play injury-free. This would allow Jackie Bradley Jr. to hone his skills in AAA once again.

No, they aren't promoting George Springer just yet, but manager Bo Porter did announce the top of his batting order yesterday, and it looks like they are installing sabremetrics to their lineup construction this year. Here is Brian McTaggart, Astros beat reporter for MLB.com:

Porter, who proclaimed in the winter Dexter Fowler would hit leadoff, Jose Altuve would bat second and Jason Castro would hit third, said Wednesday that Grossman has played his way into the No. 2 spot in the order behind Fowler. Altuve and Castro could switch, depending on the opposing pitcher.

"That thinking has changed a little bit just looking at Fowler and Grossman as two guys that get on base at a high percentage and again just trying to get as many guys on base in front of arguably our best two hitters, Jason and Altuve," Porter said. "It's about lineup construction and putting yourself in the best position to score runs given the opponent and the pitcher we're facing that night."

This should present more RBI opportunities for Castro, but once Springer gets the call, he has to be their three hole hitter, with Castro giving him some protection. And Altuve is not a typical three hole hitter.

Grossman is an option in deep AL only leagues and really deep mixed leagues.

Justin Verlander having a good spring

Actually, Tigers ace Justin Verlander has had a great spring. Maybe I was a little too quick to lower him in my starting pitcher rankings, but at this point, will keep him around #15 or so.

How good has he been this spring? Here is ESPN's Jayson Stark:

The Tigers' ace went to the mound Wednesday for his fourth start of spring training. It looked a lot like the other three. By which we mean: domination.

One soft hit allowed in 6 1/3 innings. Zero runs. One walk. Seven strikeouts. What else is new?

So in those four starts he made this spring, he never did get around to allowing a run. Not a one. In only one of the four starts did he even give up more than one hit.

All told, he pitched 20 innings. He gave up eight hits. He struck out 17. Those poor, defenseless humans who had to bat against him hit .127.

But, you know what they say about spring training stats, so we shouldn't really read too much into his spring training. Maybe he is just being the old Verlander. You know, the one that would dominate most every time he pitched. Yeah, that guy.

For more fantasy baseball news, on a daily basis, make sure you check out Fantasy Rundown.