Junior Lake: Not Just A Lake In Canada

Share All sharing options for: Junior Lake: Not Just A Lake In Canada

If you are here looking for information on the lake located on Vancouver Island, you have come to the wrong place. (Question: what is going on in your life that you are actually looking up a lake in Canada?) Now, if you are here for some fantasy advice on Junior Lake, Cubs outfielder, you have found the correct spot.

After being called up last July, Lake had a stellar debut month, posting a .310/.333./466 in July. While he did cool down for the rest of the season, he did finish with a respectable .284//.332/.428 with six homeruns in 236 at-bats. Now, it is time for Lake to prove that he can be a full-time starter in the majors. Let's take a look at some reasons on both sides of the argument of whether to draft Lake in your upcoming fantasy draft.

- With the valuable experience that he gained from playing close to three months in the majors last year, you should expect Lake to improve on his numbers. More at-bats and a full off-season of training will do the 23-year-old Lake good.

- With that said, he will be more comfortable in his role as the starting left-fielder for the Cubs.

- The Cubs are, well, not going to be that good this year. This means the 2nd year player will be able to grow and mature without that much pressure. It's not like there is a future Hall-of-Famer waiting in the wings to take his job. He might struggle at times, like all young players, but he will continue to learn because of it.

- HE'S LEARNING ENGLISH! In an interview, Starlin Castro, Lake's best friend on the team, said, "I told him he needs to learn English because here everyone speaks English." Just a nice observation, Starlin. I like to think that, six months into being in the U.S., Castro was just walking around one day when he suddenly realized "Wait just a second...EVERYONE SPEAKS ENGLISH HERE! What? Who knew?"

- He is young. He's going to take his lumps. He might be a year away from being a true solid producer.

- The Cubs lineup is the exact opposite of the 1927 Yankees. How many RBI opportunities with Lake get?

- He could get frustrated. If he starts off the season struggling, he could let it get into his head. Remember, guys like Lake are not used to struggling.

- Located in Western Canada, it is prone to freezing during cold spells. (Wait, wrong one. Never mind.) 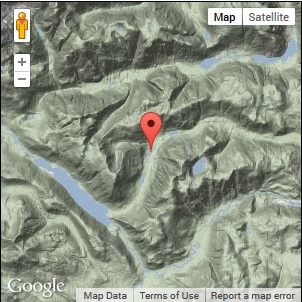