Should you really use an early to mid-round pick on a catcher this year?

It seems as though the general thought so far this year is that you shouldn't wait too long to grab a catcher in your drafts this season. I disagree with this strategy as I feel like there are plenty of viable options available in later rounds and the volatility of the position makes using early draft picks on them risky business. I will admit that there is a group that sits at the top above the rest but the slope from top to bottom is more gradual than at other positions. Last season, there were 14 catchers who posted a wRC+ over 100 and players like Russell Martin, Jason Castro and Wilson Ramos were not drafted in most leagues. There are a lot of things to consider when developing a draft strategy for catchers so one blanket article will not work.

There are, however, a few general guidelines which we can apply across most leagues. A starting catcher will accumulate somewhere between 450 and 600 plate appearances with only a select few surpassing 600 plate appearances. Last year, Carlos Santana was the only one to exceed that mark. Catchers in the AL or catchers in the NL who can play first base a boost if they see time at other positions. Catcher is an obviously grueling position and, thus, they are given days off more often than other players. For this reason, they also carry more injury risk than other players in the field which makes them a more volatile investment. Lastly, most catchers bat in the bottom half of their respective lineups and, therefore, receive fewer plate appearances.

I tend to place a little less stock in the batting averages of catchers since they can sometimes receive up to 200 fewer plate appearances than other players and the average batting average for catchers is lower than the average for any other position. Players like Joe Mauer, Yadier Molina and Buster Posey are the exception to this line of thinking because they have shown the ability to consistently hit well above their peers. Jonathan Lucroy and Sal Perez have shown that they may be able to step up into that class but I think that both players need to show it for one more season and in more at bats.

Similarly, stolen bases do not hold as much value at catcher outside of, what we'll call, the elite. Russell Martin and Jonathan Lucroy each stole 9 bases last year which was 5 more than Wilin Rosario and Jarrod Saltalamacchia who tied for third at the position. Actually, only 14 catchers stole a base last season and the difference between a player who steals 4 bases and a player who steals 1 or even 0, is not great. Players like Martin and Lucroy may get a bump because of their potential for double digits in a stolen base waste land but otherwise there's not much to consider. 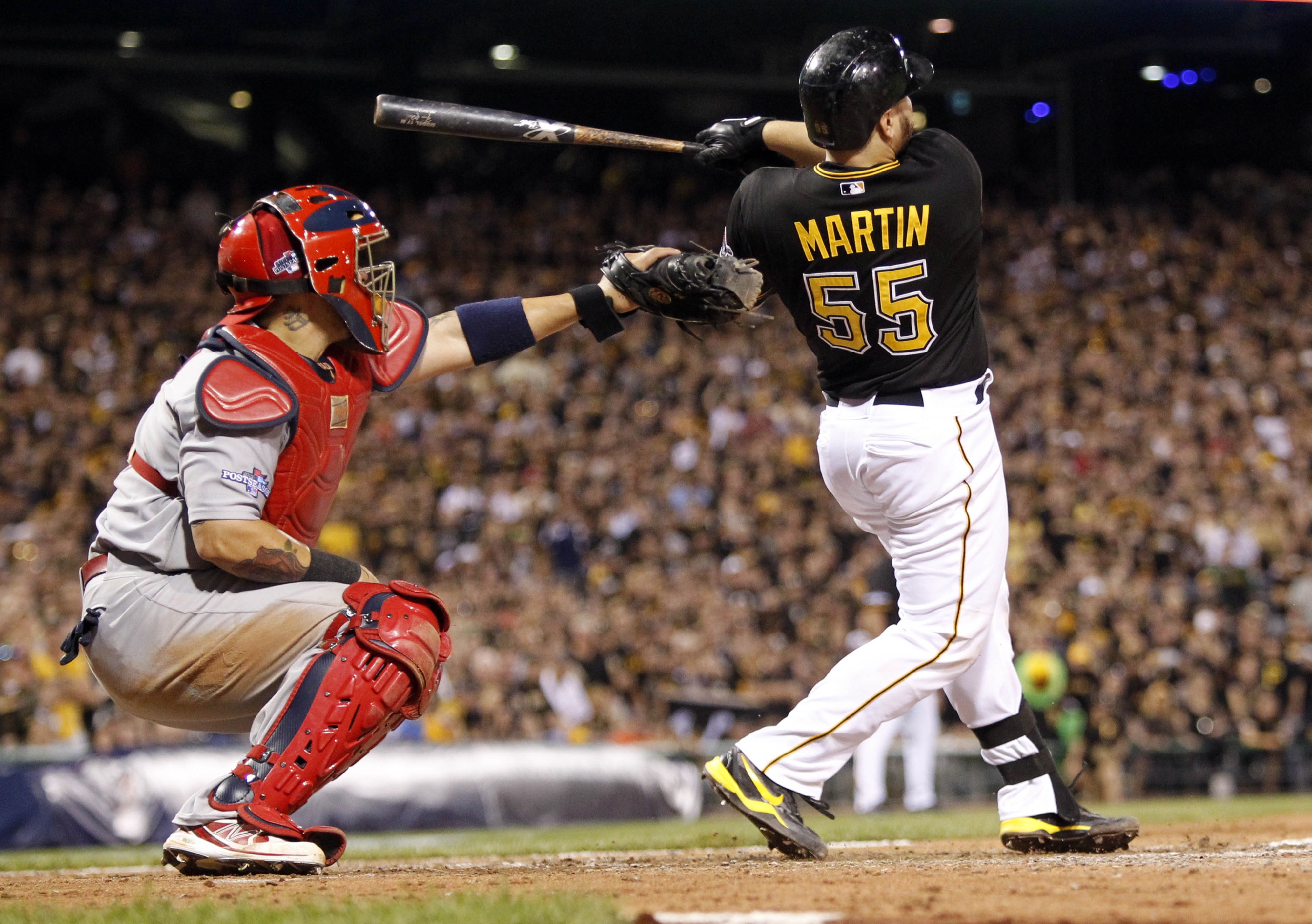 Removing (somewhat) batting average and stolen bases, leaves the meat of evaluation coming from home runs, runs and RBIs. Runs and RBIs are relatively difficult to predict, especially for players without a few years of data. There are so many variables that come into play from year to year and they are (for the most part) out of the player's control. We should consider home ball park, lineup, position in the batting order and on-base percentage when attempting to project a player's runs and RBI totals. With the exception of OBP, these are all external factors and thus have limited predictive value. What I've found to be the best (and probably the easiest) way to forecast runs and RBIs is average a players stats from previous years and then adjust those numbers based on the previously mentioned external factors. The only other thing to consider when looking to evaluate a player's potential for runs and RBIs is that player's power.

Power impacts almost all facets of a player's fantasy profile. Last season, there were 24 catchers who got 350 or more plate appearances. Of those 24 catchers, 22 hit double digit home runs and 12 players hit 15 or more dingers. Matt Wieters led the position with 22 home runs, while 6 others hit at least 20 bombs. This means that, theoretically, every catcher owned in a 12 team mixed league last year could have hit 15 home runs and the worst of them would have had only 7 fewer than the leader. Obviously, home runs directly impact four categories but a player's ability to hit for extra bases is reflected almost across the board as well by driving in runs and getting into scoring position. If we look at the ISO leaders among catchers last year and consider the number of plate appearances for each, we can see a correlation to the leaders in RBIs + runs.

Jonathan Lucroy quietly produced top-five numbers at the catcher position in 2013, but did anybody notice?

With relatively little separation between the top players at the position and the replacement level players in terms of power, runs and RBIs; we can safely say that Mauer, Posey and Molina are in the top tier (or two) at the position because of their batting average. Players with high upside such as Carlos Santana, Wilin Rosario and Brian McCann should be included as well, leaving us with a very good top 6. Are players such as Jonathan Lucroy, Jason Castro and Salvador Perez far behind? Not in my opinion. Even more, when you consider the difference in what it will take to get a player like McCann versus the investment you will have to make to get Wilson Ramos, the strategy becomes apparent. Wait on catching.

**The only caveat to this strategy is that you play in a mixed league that starts only one catcher. Even deep mixed leagues will have someone with value such as Jarrod Saltalamacchia or Welington Castillo available late in the draft. It's important t to remember that I'm not saying these guys will put up numbers like those in the upper tiers but, in terms of value, I think they have the potential to end up close. If you play in an AL or NL-only league or a two-catcher mixed league, the strategy changes and you should place more of a premium on those players at the top and players who get a lot of plate appearances - security, at bats, full-time starters become very important when replacement level drops.**

All statistics courtesy of FanGraphs