Looking for saves late in the season? Look no farther than the Mariners' new closer, Danny Farquhar.

As Ray Guilfoyle pointed out earlier this week, the closer position is among the most volatile in professional sports. One minute a reliever is cruising along, earning regular save opportunities, and the next he's pitching the sixth inning of a blowout loss. Already this year, half of the teams in the big leagues have gone through at least one change at the position, and we still have two months to go. For that reason many analysts and writers, led by ESPN's Matthew Berry, have urged fantasy owners not to spend on or reach for closers in drafts or auctions, a position that I support, depending on your league size and a few other factors. 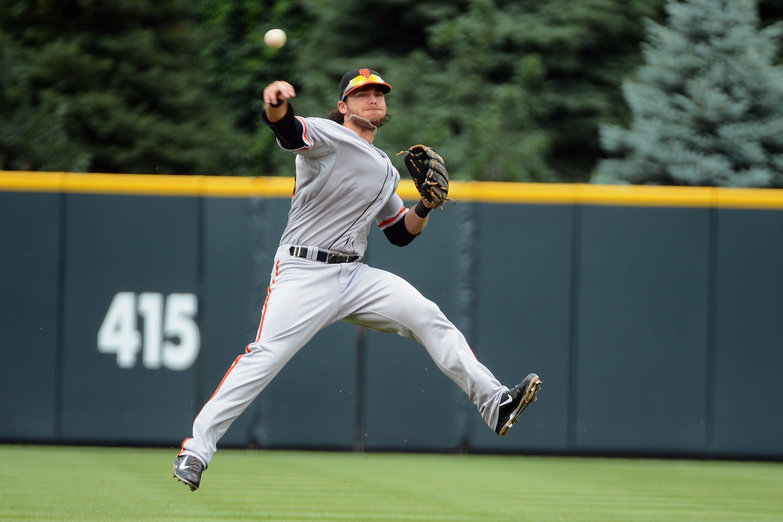 Need a boost in your Roto standings? Brian Creagh offers an easy and innovative way to pick up some points.

If you employ that strategy, however, you have to be sure to work the waiver wire. Those of you that were (understandably) skeptical about Fernando Rodney last year or Kevin Gregg this year missed out on one of the best chances for cheap saves of the respective seasons, and missing on too many of these closers can leave you at a disadvantage when it comes to saves.

Why am I telling you all of this? Well, because Danny Farquhar has officially become Seattle's closer, and I don't want anyone to miss out on what could be a top-five reliever the rest of the way. Admittedly I may be too late as I'm sure he's owned in a good amount of leagues at this point, but as of this morning he was still available in 50% of ESPN leagues and 62% of Yahoo leagues, so there may still be a chance to snatch him up.

With good reason you might be wondering why I'm so bullish on a pitcher with a 4.95 ERA and a 1.24 WHIP, both rather pedestrian marks for relievers? In short, I don't think either of those numbers is even slightly indicative of his skill, or a good proxy for his future results. Along with his 4.95 ERA, Farquhar has a 1.89 FIP, a 2.05 xFIP, and a 36.4% strikeout rate, marks that all rank in the top-10 among pitchers with at least 30 innings this year. Here you can see how he stacks up against some of the top relievers in baseball:

Other than the ERA, his numbers look similar, if not better than the best closers in the league. Farquhar has simply been done in by some bad luck, which is perfectly reasonable when speaking about a sample that covers less than 40 innings. Currently, his .363 BABIP and 54.5% strand rate rank as the ninth and second worst figures in baseball respectively, and if the season ended today his strand rate would be the 63rd worst mark for a pitcher (min 30 innings) since 1990, a sample that constitutes over 9,000 individual seasons. That's some bad luck, if I do say so. Nothing in his batted ball data or PITCHf/x profile suggests that this misfortune should continue, and if both numbers are close to league average over the last two months, there is no reason he can't deliver more value than Joe Nathan, Jonathan Papelbon, or some of the other perceived "top" closers. And in fact, we've already seen somewhat of a turnaround as Farquhar has not allowed an earned run since July 21, lowering his ERA from 7.40 in the process.

As a 5-foot-9 former 10th round draft pick and a 26-year-old rookie, it's safe to assume Danny Farquar is used to doubters by now. In no way does he look or seem the part of a dominating big league reliever, but that's just Farquhar is. For fantasy owners, a savy pickup like this in the early parts of August can make all the difference in the final standings or the playoffs. So trust me on this one and do yourself a favor -- look beyond the surface stats and go get yourself a new relief ace in Danny Farquhar before it's too late.

For more on the Farquhar and the rest of the Mariners, be sure to check out Lookout Landing.

All stats courtesy of FanGraphs.