I took a look at Diamondbacks’ prospect Archie Bradley at the start of last season, when he was just making his first start in full season ball. Fast forward to now, and Bradley has been dominant at AA and could be in the Majors before season’s end. What can he do for fantasy owners now and in the future?

Elite pitching prospects don't exactly grow on trees, but the Diamondbacks may have the best pitching prospect in all the minors right now in Archie Bradley. When could we see him pitching for Arizona, and what can he do for fantasy owners when he arrives?

Bradley was drafted by the Diamondbacks with the 7th overall selection in the 2011. Drafted out of Broken Arrow High School in Oklahoma, Bradley was a bit of a risky pick at #7 initially, as the pick had been compensation for failing to sign 2010 top draft pick Barret Loux. The team would have lost the pick without compensation if they failed to sign Bradley, but were able to get him signed to a minor league contract, along with a $5 million bonus. He threw just 2 innings for the Diamondbacks' short season affiliate that season.

The Diamondbacks pushed him to full season ball for the 2012 season, and the numbers were a mixed bag (152 K, 84 BB, 87 hits allowed in 136 innings pitched). Here's what I thought about him after the season, as a part of our Minor League Keeper Thoughts Series:

Bradley is one of the few prospects in the minors with true #1 ace potential, although it could take a few more years to really start seeing it manifest on a consistent basis.

Maybe I should have said a few months rather than a few years. He was promoted to High-A Visalia to start the 2013 season, but wasn't there for long. He made just five starts there, striking out 43 and walking 10 over 28 innings, and was moved to AA quickly. Since reaching AA, Bradley has made 18 starts, struck out 107 and walked 49 while allowing 81 hits in 108 innings pitched there. 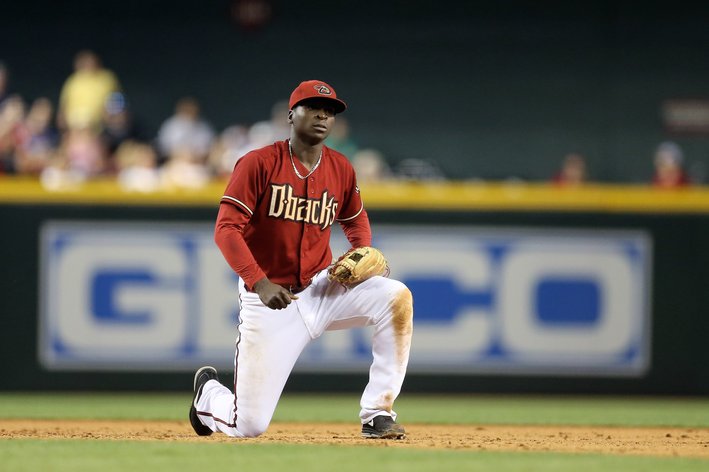 Bradley is one of the few pitching prospects in the minor with a true ace upside. Rated as the top pitching prospect in the Southern League by Baseball America, Bradley has an over-the-top delivery, which appears compact and relatively fluid. He gets excellent downward plane on his pitches, and the delivery is very repeatable.

The repertoire is even more exciting for Bradley, as he has two plus offerings as well as possibly a third. He features a fastball which can sit in the low to mid 90's and has excellent downward movement. The offering is already considered a plus offering, and could potentially be even an 80-grade pitch if he can command it well. His second pitch, a knuckle-curve, also grades out as a possible plus offering, and features excellent 12-6 break. Bradley also features a changeup which has been rated as being at least an average offering, with it flashing plus at times.

The questions about Bradley are essentially surrounding his command, as he has shown a proclivity to allow walks, sitting between 3 and 4 walks per 9 innings as the season has progressed. However, his repertoire has all three pitches with the potential to get swings and misses, which can help by providing strikeouts but also providing weak contact, as evidenced by the low hit totals he's allowed at every stop so far.

Bradley was the furthest away of the Diamondbacks' top three pitching prospects coming into the 2012 season, but is now close to reaching the Majors. It's entirely possible that we could see Bradley in the Majors before the end of this season, but more likely will be up at some point during the 2014 season. Once he is ready for the Majors, he'll likely be up to stay, and eventually be at the top of the Diamondbacks rotation.

In terms of fantasy possibilities, Bradley has the potential to be a top 20 starting pitcher with a possibility of the top 10. He should provide a strikeout per inning, and the walk totals combined with the low hit totals should keep him with a solid WHIP ratio. We have seen some excellent outings at AA, including striking out 6 or more in 11 of his 18 starts, and the potential for excellence is there. If his command can improve, say, to less than 3 walks per 9 innings, he could provide elite WHIP and ERA numbers.

For more on Bradley and the Diamondbacks, check out SBNation's AZ Snake Pit.