Coming Soon To A Stadium Near You: L.J. Hoes, OF, Houston Astros

In one of the largest deals leading up to the 2013 trade deadline, the Baltimore Orioles acquired RHP Bud Norris for prospect L.J. Hoes. What do the Astros have in the young outfielder?

Share All sharing options for: Coming Soon To A Stadium Near You: L.J. Hoes, OF, Houston Astros

While it's already been said many, many places, that sure was a rather boring trade deadline, wasn't it? I had planned to do a writeup of all of the top prospects traded in deadline deals, but since Brian Creagh already highlighted the prospects in the Matt Garza deal, and I've said before I'm not a huge fan of Grant Green, the pickings are rather slim. So, instead this morning I'll focus on one of the traded prospects that may help fantasy owners as soon as this year, Houston Astros' outfielder L.J. Hoes.

After being selected in the third round of the 2008 draft out of a Washington HS, Hoes passed up a commitment to North Carolina to sign with the O's for $490,000. An outfielder in high school, Baltimore aggressively used his athleticism to make him a second baseman in his pro debut in the GCL. In 2009 the O's pushed him to a full season league and he responded by posting a .299 OBP and leading South Atlantic League second baseman in errors. Still, the organization was encouraged by his reaction to failure and they sent him to Fredrick to begin the next season. Here, Hoes started to show an improved approach bumping his OBP up to .375, but he still struggled in the field. The infield experiment lasted until about-mid 2011, when it become apparent that his only real shot at becoming an everyday player is as a corner outfielder. 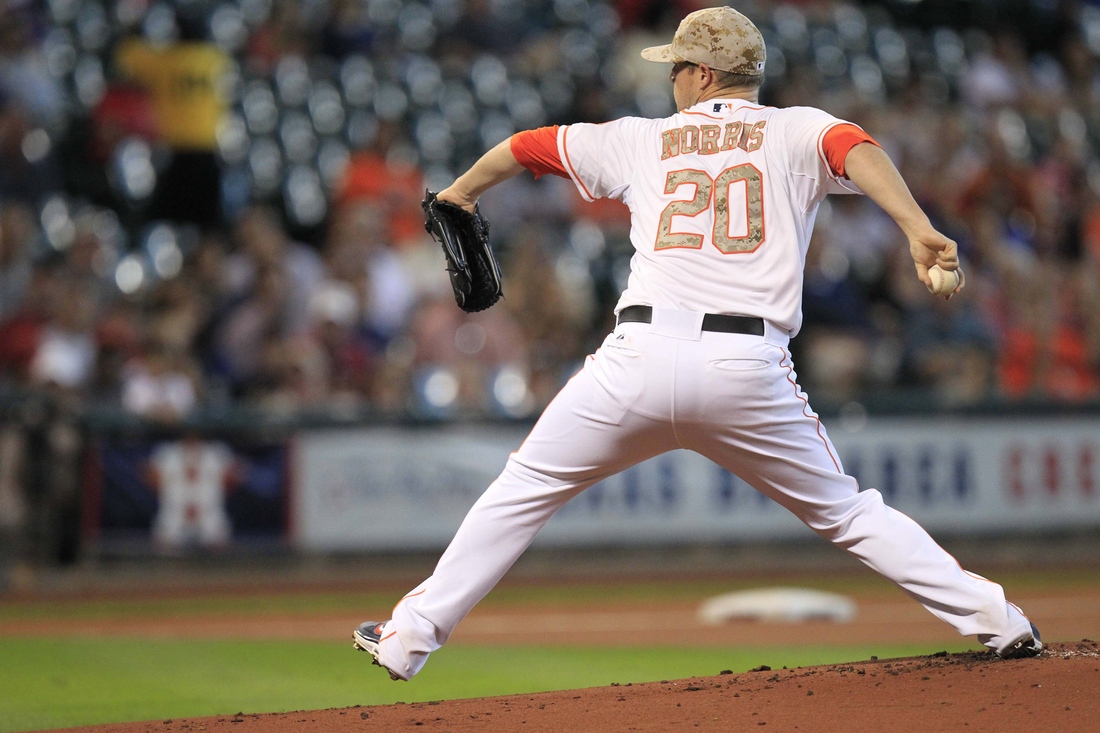 Before he was dealt to the O's, Mike Mulvenna of Beyond the Box Score took a look at Norris and his rest of the season value.

Once he moved to the outfield, Hoes really began to take off offensively, hitting .305/.379/.413 in Double-A in 2011, .287/.372/.378 split between Double and Triple-A in 2012, and .304/.406/.403 in 99 Triple-A games this year. Because of his prolonged success in the upper Minors, the O's have called him up twice, once last season and once this year, but have only given him four at bats total. As stated above, yesterday he was traded to the Houston Astros in exchange for Bud Norris, and he will begin his first stint with a team other than Baltimore.

Hoes does many things well, and I feel like I need to preface the rest of the report by saying that. And that's simply because Hoes is a prime example of a player whose real value is not at all proportionate to his fantasy value. He's sort of a fringy player, an outfielder without enough speed to play center or enough power to play a corner. Even in his prime he doesn't project as more than a 10-10 player, really limiting his fantasy upside. What he does have, is great bat to ball skills. Hoes makes a ton of hard contact, spraying line drives around the field, and he has a sound approach to go along with it. In the Minors he has been able to post high OBP's, thought I do question how sustainable that will be if he doesn't show more power. Ultimately, his value is going to be tied to his hit tool, a dangerous proposition for any player, but especially one that projects to hit .in the .285 range rather than the .330 range.

What's Keeping Him From Contributing Now?

Nothing according to MLB Depth Charts who currently slate Hoes in as Marc Krauss' platoon partner in LF. With the exit of Jason Maxwell (traded to the Royals yesterday) that very well could be the case, but it's no certainty. The Astros do have a few options, including promoting either George Springer or Jonathan Singleton. In any case, Hoes should have an full-time opportunity soon enough.

Very, very soon. He started in rightfield and hit second last night, going 0-5 in his first game for the 'Stros. So for now he looks like a worthwhile add in AL-only leagues if that continues.

What Can He Do When He Gets Here?

Initially I wouldn't expect much from Hoes since he won't offer much power or speed. Long-term I look at him as more of a fourth outfielder-type, but next year (at least) he has a chance to earn decent playing time on a still-rebuilding Houston team and he could provide a solid .280 average, 70 run, 6 homerun, 55 RBI, 9 steal campaign. Hey may be a very vanilla, but still a useful player in many formats.

For more on the Astros and their prospects, check out The Crawfish Boxes.