What storylines should you follow at the 2013 Winter Meetings?

The Winter Meetings start today in Orlando, Fla., and -- despite the flurry of activity we've already seen this offseason -- there are still plenty of baseball moves to be made.

@cdgoldstein True. At this rate, @andrew_ball is going to arrive at the WM next week and watch all the GMs stand around & look at each other

Here are a few storylines to follow from this year's Winter Meetings, which run Dec. 9-12:

Masahiro Tanaka: Will he stay or will he go?

Guilfoyle: Is Tanaka a top-of-the-rotation starter? 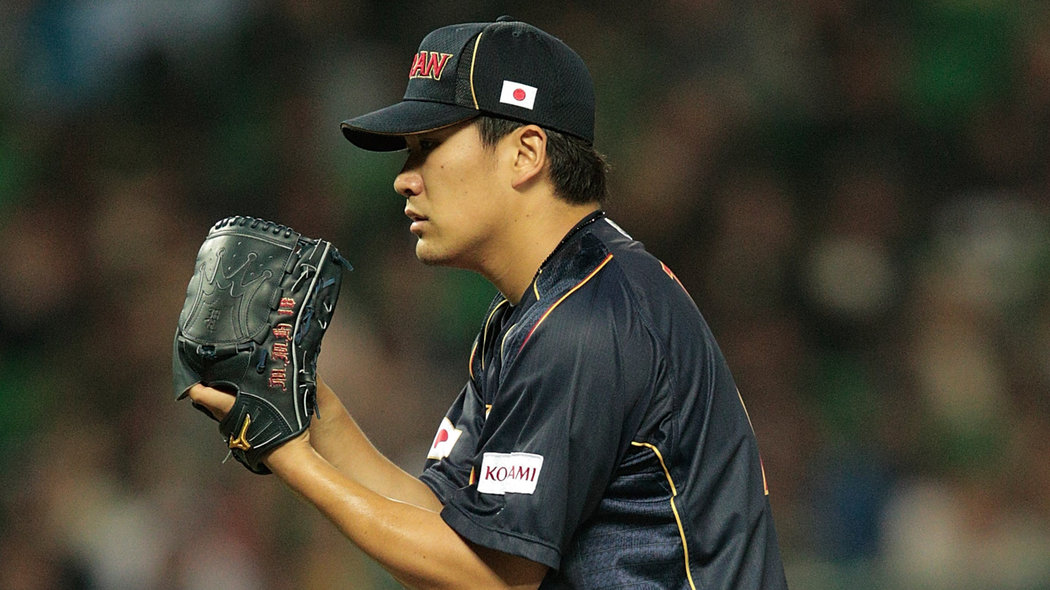 If Masahiro Tanaka is posted by the Rakuten Golden Eagles, where should you take the 25-year-old right-hander in fantasy drafts?

Will he or won't he? The baseball world is waiting to hear if Rakuten Golden Eagles president Yozo Tachibana will post the premiere international free agent on the market, Tanaka, who went 20-4 24-0 (!) with a 1.27 ERA and 183 strikeouts in 212 innings this summer. Baseball America's Ben Badler believes he will be posted, but it's conceivable that the $20 million cap could be enough to keep the 25-year-old in Nippon Professional Baseball for another season or two. Tachibana's reluctance to post Tanaka is understandable; in 2012, the Nippon Ham Fighters received a $51.7 million posting fee for Yu Darvish.

If posted, expect the competition for Tanaka's services to be hot and heavy. Teams linked to the right-hander include the Rangers, Yankees, Red Sox, Dodgers and Cubs, but that's just the short list. If he does come over, Tanaka will be a hot commodity in fantasy drafts, worthy of top-30 consideration among starting pitchers. The hype could push his ADP (Average Draft Position) much higher than that.

Does Shin-Soo Choo get hit-by-pitch rich?

One player I expect to find a home by Winter Meetings' end is Choo, whose market should be picking up after New York's free-agent additions of outfielders Jacoby Ellsbury and Carlos Beltran. The teams most connected to Choo: Detroit, Texas and Chicago. The Tigers and Rangers make the most sense, but the Cubs could enter talks if the price is right.

Choo, 31, hit .285/.423/.462 with 21 home runs, 107 runs, 54 RBIs and 20 steals this season, and his plus on-base skills make him an ideal leadoff hitter for any team. His best fit is in a corner outfield spot, but another year is center field is workable. Choo, who is a Scott Boras agent, is seeking $100 million, but his age and outfield range could earn him slightly less than that. Fantasy owners of Choo should root for Detroit or Texas to win the outfielder's services; he would retain value as a top-20 outfielder.

Boras could choose to play the waiting game, but the quick signing of Ellsbury, who is also represented by Boras, tells me a Choo signing might come sooner rather than later.

How many more days is David Price a Tampa Bay Ray?

The Mariners shocked the world -- minus those of you who attended Jay-Z's Magna Carta World Tour, HOVE! -- and signed Robinson Cano to the third-largest contract in MLB history, and there's already heavy speculation about the team's next target: David Price, who is set to become a free agent after the 2015 season.

Price rumors aren't new, as speculation about Tampa Bay being unable to sign its ace to an extension has long been commonplace. The Rangers and Dodgers have also been linked to Price. If he's available (and all indications are he is), expect Price's name to come up routinely at this year's Winter Meetings. The 28-year-old owns a 3.19 ERA and 876:286 K:BB ratio in 973 career innings. Could he be this year's biggest offseason prize?

Nelson Cruz: How much dough?

When Jhonny Peralta signed a four-year, $52 million deal with the Cardinals earlier this offseason, the reaction to a recently suspended player (PEDs) getting that much money on the open market was unsurprisingly cynical:

Cruz was suspended 50 games for his ties to Biogenesis, but he could realistically earn more money on the open market than Peralta did with St. Louis. The 33-year-old outfielder hit .266/.327/.506 with 27 home runs in 109 games this season, and he's hit 80 home runs over the past three seasons. With power bats at a premium, expect Cruz to get a healthy payday. The reaction from players should once again be an interesting narrative to follow. Regardless of his destination, Cruz is a healthy bet for 25-30 more home runs.

Can the Cubs and Jeff Samardzija make nice?

The Cubs and Samardzija can't get together on an extension, and while both parties are saying the right things, this is becoming a never-ending drama fit for the Lifetime Network. The latest reported extension is somewhere around five years and $55 million, but Samardzija isn't biting. The Blue Jays, Orioles, Diamondbacks and Phillies are all interested, but watch out for the "mystery team" (my favorite offseason tradition).

Samardzija, who turns 29 in January, went 8-13 with a 4.34 ERA and 214 strikeouts in 213 2/3 innings this season. MLB.com's Carrie Muskrat reports that the Cubs are hopeful to reach a long-term extension in the next week, but it's becoming less likely with every passing day. Samardzija remains an intriguing arm with No. 2 upside.

Until a resolution with Tanaka is reached, expect the market on the top free-agent starters to remain stagnant. Ervin Santana, Ubaldo Jimenez, Matt Garza and Bartolo Colon are the top four remaining, and the Pirates are still waiting to hear from 36-year-old A.J. Burnett, who is considering retirement.

It's hard to pinpoint the fantasy value of the remaining free-agent starters without knowing their destination. Garza, for example, was much more effective in the National League (Cubs) than in the American League (Rangers), and his value would be on the rise again if he returned to the Senior Circuit.

One name to keep a close eye on is Brett Anderson, who the A's are reportedly making available after signing left-hander Scott Kazmir to a two-year, $22 million deal. Anderson, who turns 26 in February, made only five starts this season -- and six in 2012 -- and owns a 3.81 ERA and 357:120 K:BB ratio in 450 2/3 career innings. The ground-ball pitcher would be a perfect fit in Colorado, and he was recently linked to the Rockies by FOX Sports' Ken Rosenthal.

Who do you think will be the biggest free agent to sign at this year's Winter Meetings? Biggest trade? What team will steal the show ala the Angels in 2011 (Albert Pujols, C.J. Wilson)? Let us know in the comments below.