The Chicago White Sox spent $68 million on a new first baseman. What exactly did they get? 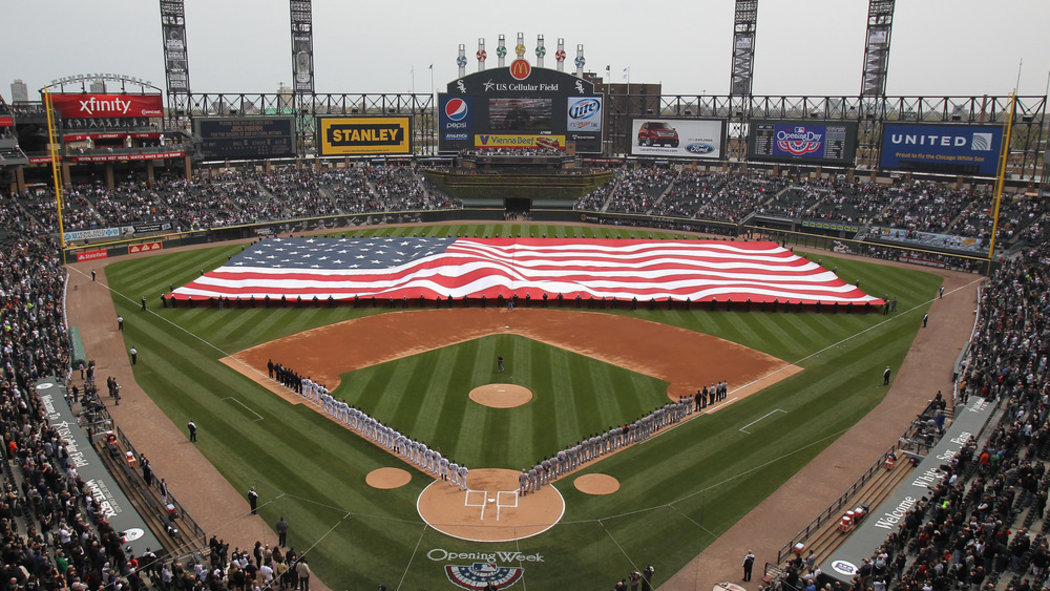 Brian Creagh and Jason Hunt give us the rundown on the White Sox organization, including their top-ten fantasy prospects, headed by Jose Abreu.

When it comes to prospects, certainties do not exist. Every prospect has a wide range of outcomes between his ceiling and floor potential, with most players settling somewhere in between the two. I like to think of prospect outcomes as the Dream (the player's ceiling), the Nightmare (the player's floor) and the Reality (weighing all the factors to come up with the most likely outcome). Throughout the year, I will be examining the ceilings and floors of players across the minor leagues, and making my best forecast on the eventual outcome. Today's, we look at the top prospect in the Chicago White Sox system, Cuban defector Jose Abreu.

It was just earlier this week that the White Sox finalized Abreu's six-year, $68 million deal, the largest in history for an international free agent, surpassing the $60 million figure that the Rangers gave Yu Darvish prior to the 2012 season. While it's no tall leap to say that the dollar amount was influenced by the recent success of fellow Cubans Aroldis Chapman, Yoenis Cespedes and Yasiel Puig, there is genuine excitement regarding the 26-year-old first baseman. Abreu may just be the best hitter to ever play in Serie Nacional, Cuba's top league. During his last four years in the league, he cranked 111 home runs in 254 games and walked nearly twice as often as he struck out. Of course, those numbers while seemingly impressive are hard to gauge without any sort of proper context. For that, we turn to Jonah Keri's 2012 article on the slugger (and BP's Clay Davenport) to help us out:

Baseball Prospectus co-founder Clay Davenport devised a stat called Equivalent Average (EqA), which takes all of a hitter's contributions (power, on-base ability, etc.), compares those results to league norms, and calibrates them on a scale that mirrors batting average. A .260 EqA is about average, .300 is very good, .350 is fantastic, .400 is astronomical.

But last season's numbers (2010-2011) were the ones that broke the scale. Davenport runs translations for Serie Nacional players, just as he does for Japanese league players, minor leaguers, and others not in the majors. He considers the competition in Serie Nacional to be equivalent to high-A ball in North America's minor leagues - the Carolina, California, and Florida leagues. After comparing a player's performance to the rest of his league, Davenport then must establish how players from that league did when they graduated to higher levels. Once he has a good idea of how players typically change between leagues, he translates an average major league player to Serie Nacional. The Cuban player's translation thus comes from looking at how far above or below the average major leaguer he would be.

Miguel Cabrera was the best hitter in Major League Baseball in 2011. Jose Abreu, even after adjusting his numbers to reflect A-ball competition, blew Cabrera out of the water.

"I don't know that I'd name him the 'best hitter in the world' based on a 60-game performance," said Davenport. "But yes, I'd say there's a chance."

While I have tremendous respect for the work that Clay Davenport does, I highly doubt that Abreu was or is better than the 2011 version of Miguel Cabrera. That said, he obviously has very real upside and in that same piece Athletics' Assistant General Manager David Forst compared him to the good version of Phillies' first baseman Ryan Howard.

Physically, Abreu resembles David Ortiz, standing a sturdy 6-foot-3 and 250 pounds. His body isn't soft though, and his strength is evident when he steps in the box and begins swinging. His raw power is graded by most as a 70 tool on the 20-80 scouting scale and Abreu can really drive the ball to all fields when he gets his pitch. Scouts also rave about his batting eye -- he's a patient hitter that rarely extends the strike zone, although it is worth noting that other Cuban players saw their strikeout rates climb once they came stateside. Still, many are convinced he will be a productive all-around hitter, not just a masher. But then again, to justify the contract, he'll have to do just that because Abreu is not the type of player that will provide value with his legs or glove. Fortunately, his bat appears ready to shoulder that load.

Barring some unforeseen move within the organization, Abreu will begin 2014 as the White Sox everyday first baseman. For that reason, his floor is exponentially higher than most minor leaguers and players typically examined in this space. Still, that doesn't mean he comes without concerns. First and foremost, it's nearly impossible to predict how any player will react to such a big change in culture and lifestyle. We've grown accustomed to foreign players making the transition relatively smoothly, but that assimilation alone is one that can derail his career before it even begins.

I've seen Jose Abreu several times. I do like him. But there are good scouts who wonder if the White Sox are paying $68MM for a 4A player.

Assuming that he can handle the transition, however, there also remains a contingent that thinks he may not hit big league pitching. For all of his accolades in Serie Nacional and international play, many evaluators call his bat speed just average and they question how he'll react to quality velocity night-in and night-out in the majors. He also was able to crowd the plate in Cuba, allowing for better extension on pitches on the outer half, but again that was due largely to a lack of quality fastballs in the league. That's a luxury he won't have in the states and he'll need to adjust to have the same success on pitches away from him and offspeed stuff. And unfortunately because he's a first base-only player, he won't be afforded the same opportunities to work through his struggles as a player with more speed or defensive value. So if he doesn't hit, Abreu will become a part-time player or worse rather quickly.

Will he or won't he hit? It seems like a pretty straightforward question, but in the case of Abreu and a plethora of others, that's what separates the guys from the GUYS. Some will point to the recent impact made by Cespedes and Puig as signs that Abreu will succeed, but I think those comparisons are both unfair and inaccurate. His game bears little resemblance to either player and the fact that he came from the same country makes almost no difference when evaluating his future. I also find it hard to trust his numbers from the Cuban League, mostly due to the varying levels of competition. What gives me more confidence in his future is his international career. Abreu has played in many tournaments for Team Cuba over the years, and while he didn't dominate the competition, he has consistently produced in a more difficult environment. There's no denying the raw power and I do think he'll hit 20-25 home runs this season. What I don't see is him making enough hard contact to ever pop 40+ homers or contend for a batting title. We try to avoid comps and trust me I feel weird making this one, but I really think Pat Burrell is going to be the player that Abreu mirrors -- a .250/.350/.470 player with 20-30 home runs annually. As we get into spring training we'll have a better idea how he'll be valued in leagues, but I do think there's some sleeper potential if owners are skeptical of the unknown. While I don't think he's a star, Abreu will still be a valuable fantasy player and an upgrade for a rebuilding White Sox team.

For more on Abreu and the White Sox, be sure to check out South Side Sox.

Andrew Ball is a writer for Beyond the Box Score and Fake Teams.