Is Hunter Pence Worth a 4th Round Pick?

Share All sharing options for: Is Hunter Pence Worth a 4th Round Pick?

Note: This piece started out as a reply to a comment by Ray in a conversation we were having about Hunter Pence, but by the time I was done writing it, it was much too big to go in the comments section.

Hunter Pence finished the 2011 season with a .314/.370/.502 slash line, split between the Astros and the Phillies. At 28, it was the biggest season of his career, and he's currently being taken 14th among outfielders in fantasy drafts. This morning, Ray listed Pence as a player he prefers to avoid in fantasy drafts. Here's what he said:

Boy, the Phillies have been cursed this offseason, huh? First, it was Ryan Howard tearing his Achilles tendon on the last play of the 2011 season for the Phillies. Then his setback in his rehab. Finally, the news that Chase Utley will miss Opening Day and possibly much more, has certainly contained the expectations for another playoff run in 2012. Without Utley and Howard, the Phillies are going to struggle to score runs, and who in their right mind will pitch to Hunter Pence with the likes of Ty Wigginton and John Mayberry on deck? Pence had his best year at the plate last season, hitting .314-.370-.502 with 22 home runs and 97 RBI. His triple slash line benefitted from a career high BABIP of .361 in 2011, so I expect the BA to decline back to his career average of .285 or so, and the runs scored should drop as well.

The lineup argument is an easy one to debunk. Research has shown over and over that lineup protection has little to no bearing on a player's actual stats. It's true that playing for a better offensive team will result in more RBI and run opportunities, which is what we are worried about for fantasy, so the point is well taken. However, the Phillies lineup as currently constructed is still better than anything Houston threw against the wall last year. Pence's situation has improved.

The BABIP argument is the most troublesome part of defending Pence, but here we go: Hunter's 2011 BABIP was .361, considerably higher than his xBABIP of .310 and higher than his career average BABIP of .328. His xBA (.275) was also lower than his actual batting average of .314 by a significant degree. Pence is an above average runner, and he generally beats his xBA, but the reasonable expectation for 2012 is that his batting average will regress in a negative way. Zeile Consensus Projections have him at .290, which seems about right. I would argue that, based on his history, he has the upside to do better than that.

What really excites me about Hunter Pence for 2012 is that he will play 81 of his games in not-Minute Maid Park. As Ray pointed out, MMP is a hitter's park for right-handed pull hitters. While Pence is right-handed, he is not strictly a pull hitter. According to B-R's home run tracker, 47.4% of Pence's home runs have been hit to straight-away left field, even though the total number of balls in play to that side is only 37.7%. In fact, only 20.3% of the balls he pulls are hit as fly balls (compared to 31.1% of balls hit to center).

Why is this relevant? Because the switch from Minute Maid Park to Citizens Bank Park is basically a perfect fit for Pence's batted ball profile. There's no question that the short porch in left field at the Juice Box has helped Pence's power production over the years. The thing is, CBP's dimensions along the left field wall are almost exactly the same. This image shows all of the home runs hit at Citizens Bank Park overlaid onto the dimensions of Minute Maid Park. Notice both the left field wall and the crazy amount of home runs to center and left-center that would be outs in Houston. 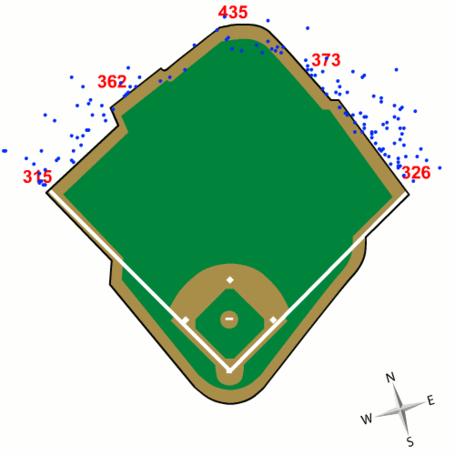 As mentioned above, Pence hits plenty of outfield fly balls to center field. Here are all of Pence's flyouts, doubles, and triples hit at Minute Maid overlaid on the dimensions of Citizen's Bank. A total of 7 of them, all hit to center or left-center, would have been home runs. Don't forget that he only played 55 of his games there last year. 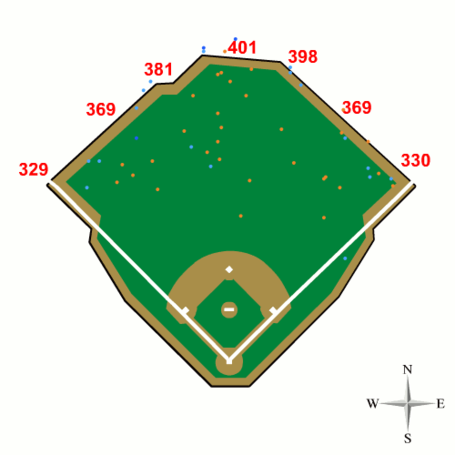 Pence has only hit 10 career home runs to what Baseball-Reference calls straightaway center field, and 9 of those were away from home. Just for the sake of overkill, let's look at 4 home runs that Pence hit in other ballparks last year that would have been outs at MMP. 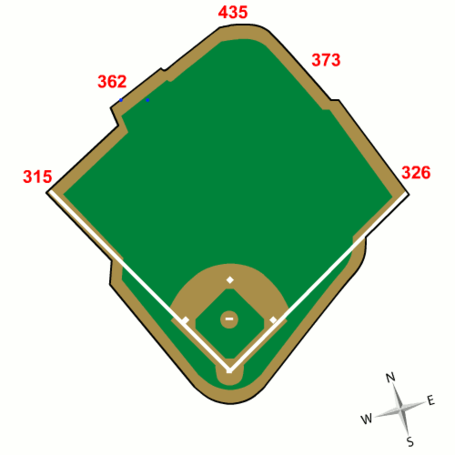 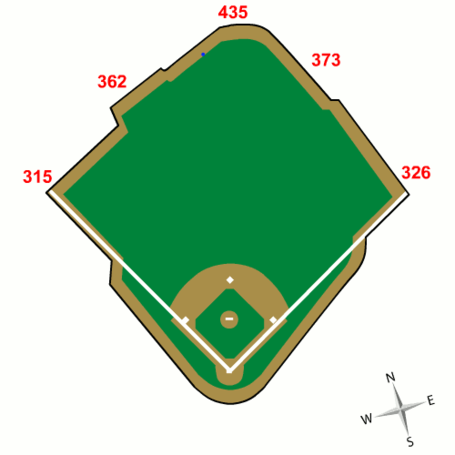 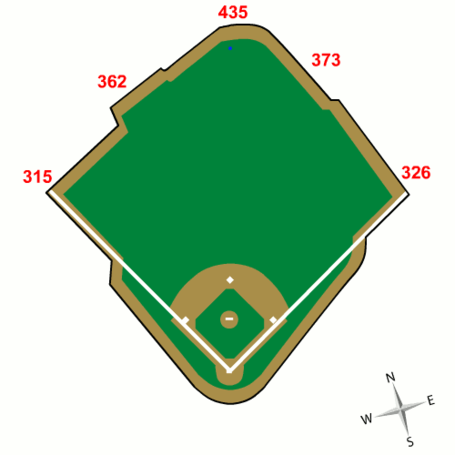 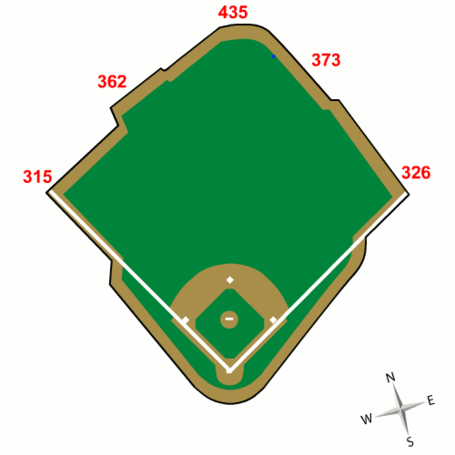 In other words, Citizens Bank Park will be kind to Pence in the same way that Minute Maid Park has been, but it will be much kinder where MMP has been a cruel, cruel mistress.

I do acknowledge that dimensions are not everything when it comes to projecting home runs from ballpark to ballpark. Humidity, wind, and temperature can all play a part. However, I believe the evidence shows overwhelmingly that Pence will benefit from his new ballpark, and in fact, he already has. In the 54 games he played after being traded last season, he hit .324/.394/.560 and hit 11 home runs. We shouldn't expect him to have an OPS+ of 157 all season long, but the result should be a net positive.

Based on the information presented above, I'm projecting a .295-30-100-90-10 season for Hunter Pence. Using my own auction value calculation, I came up with a value of $25-30, depending on how you value hitting. In any given season, there are 20-30 players that provide $25 level production, making Pence well worth a fourth round pick.