Welcome back to the fourth and final installment of my Spring Training Pictorial series. There were no gems from the fans behind us this time, only gem-sized hail falling from the sky. There were no more than 6 regulars between the two teams in this game, and so it was with mercy that the umpires called the game in the middle of the fifth inning. I'm not going to tell you anything you don't already know, but: Dan Haren is good, Albert Pujols is great, Chris Capuano throws softly but still racks up strikeouts. There, now you know everything you already knew. So sit back and enjoy the pretty pictures. 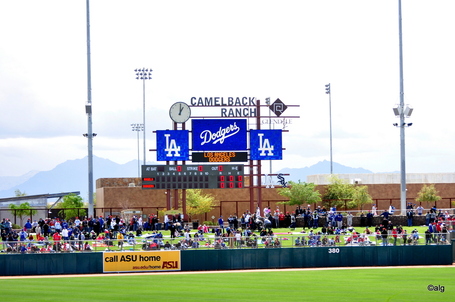 Another large crowd for today's game 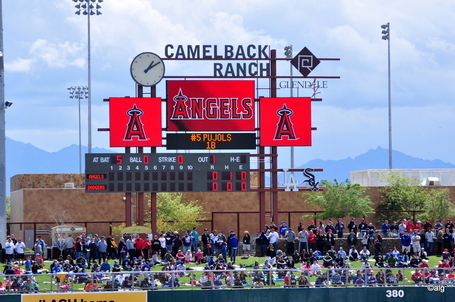 If I'm going to show the Dodgers scoreboard, I should give the Angels their time to shine too...

...OK? We're even! Now change your name back to Anaheim damnit! 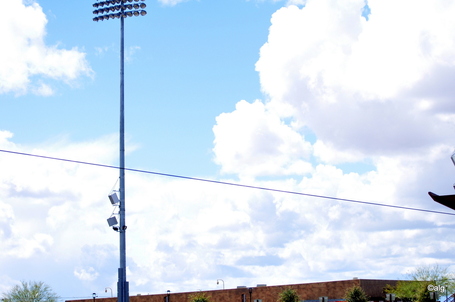 This is the sky at gametime. I don't want to give anything away...but it's gonna be different later 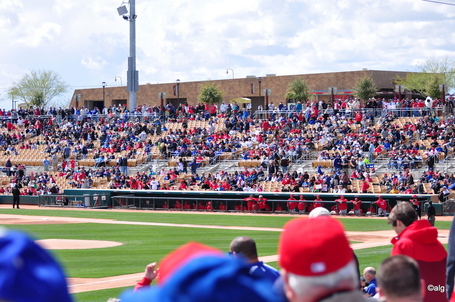 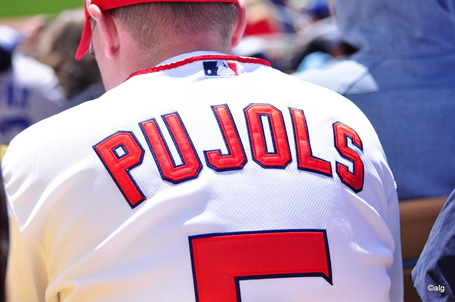 The reason we're all here right? 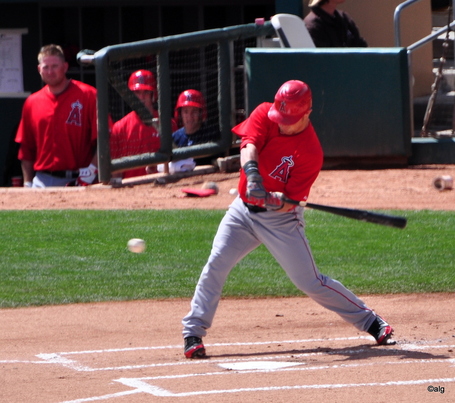 This is Cole Calhoun. A decidedly cool name. He is also decidedly NOT Mike Trout, who did not play despite the Angels not playing any of their four other potential starting outfielders. 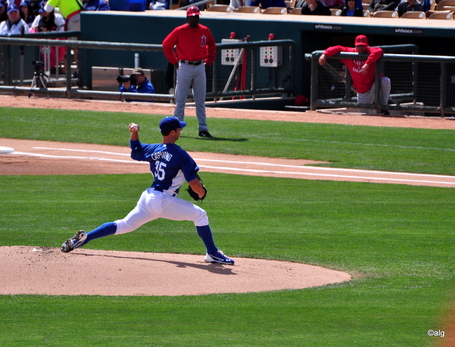 Chris Capuano was on the mound for LAD. My only hope for him this season is to hit 90 MPH just once. I know he won't though. 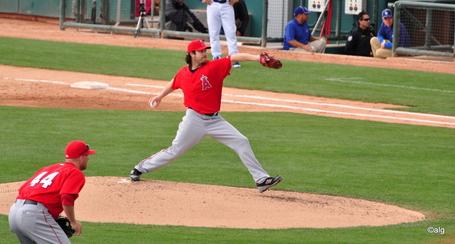 Dan Haren was the opposition and he was sharp, as one would expect since it's before July 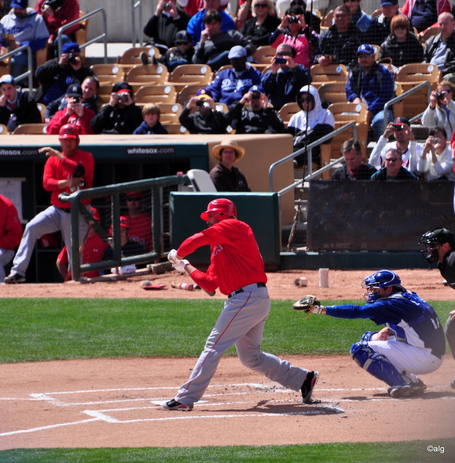 I'll respect Albert's wishes not to be called "The Man" or it's spanish equivalent...But I will say he has a shot to challenge Juan Rivera for the title of "Best Player In MLB" 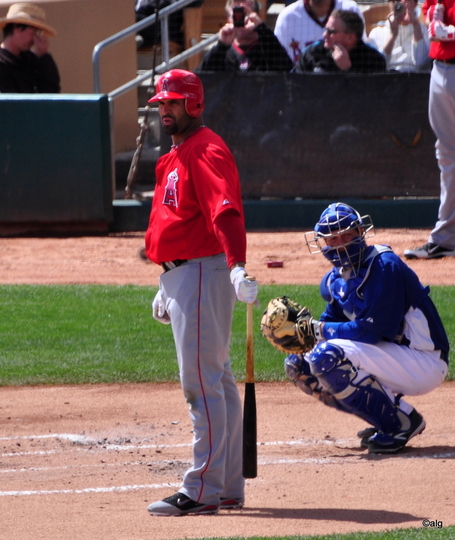 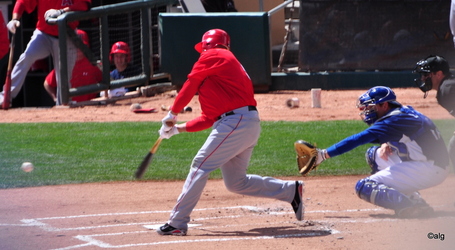 This is where Pujols singled to Left Field, thus giving him an insurmountable lead over Juan Rivera in regards to "Best Player in MLB" 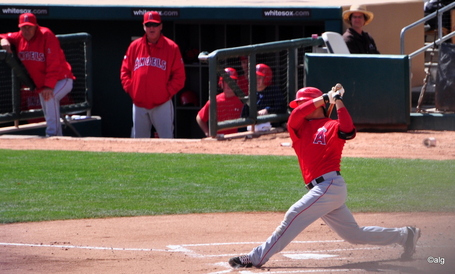 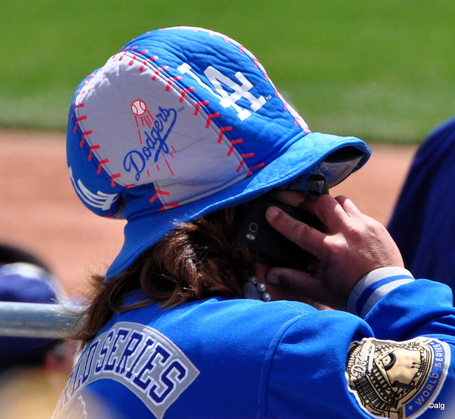 Doesn't this guy just LOOK awful? Well, he was. I just needed you guys to know. 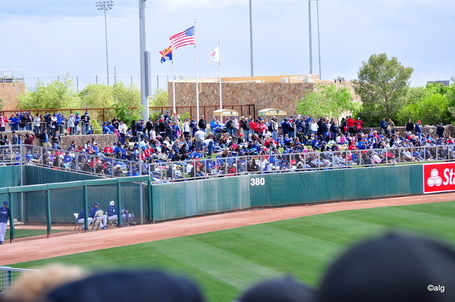 Finally! I can prove it was crowded. Also, note that it was still pleasant out. 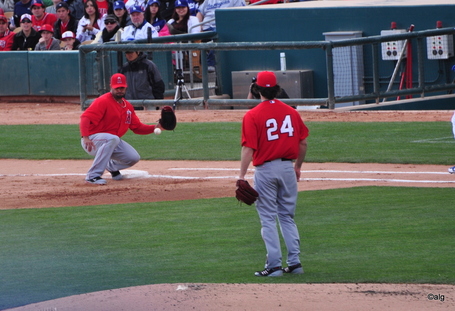 See that little sliver of uniform on the right edge of the photo? That's Juan Uribe. HE CAN'T EVEN GET IN THE PICTURE on a ground ball. But really, he's gonna have a great year you guys. (Pujols, Haren....Fine. Uribe. But barely)

Pujols left after 2 at-bats and proceeded to jog back and forth on the outfield for an inning or so. Spring Training can be a weird place sometimes. 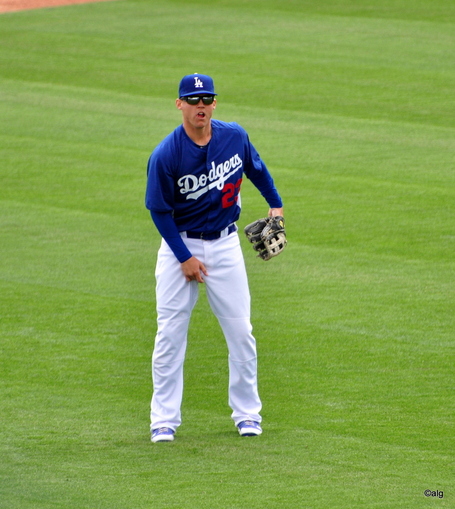 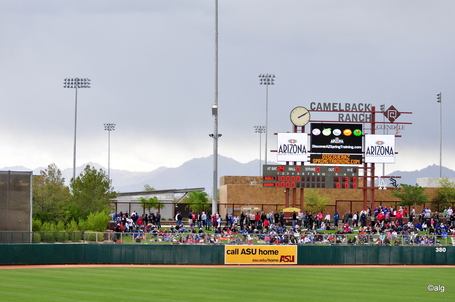 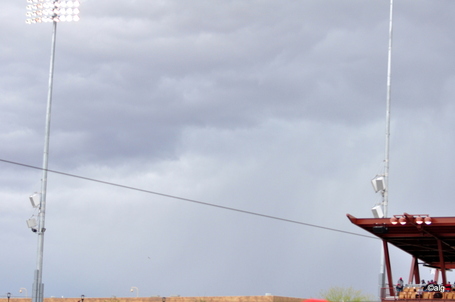 Storm's a brewin' I reckon 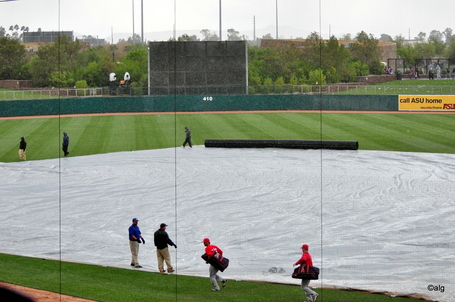 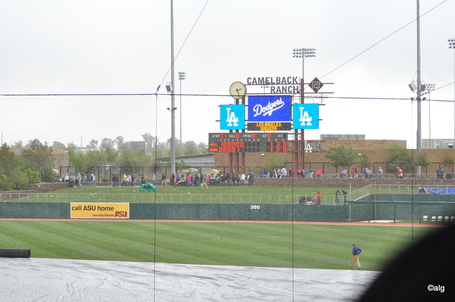 And so ends the game and our time at Spring Training

Hope you enjoyed the four pictorials, and if you didn't, well...they're already done. So, hooray for you!

All pictures courtesy of Alexis Goldstein