Welcome to the second in a series of articles comparing up-and-coming prospects and the impact they could have on the major league level. The first article covered Wil Myers vs Anthony Gose and was supplemented by some great discussion in the comments. I can only hope Hak-Ju Lee vs Nick Franklin is as hotly contested a debate. Please feel free to contact me via twitter (@cdgoldstein), email (goldstein.faketeams@gmail.com) or in the comments. Now, in the words on the incomparable Mills Lane... "let's get it on":

Hak-Ju Lee - SS - Rays - Signed out of South Korea for $725,000 in 2008, Lee was part of the trade that sent Matt Garza to Chicago. While Chris Archer may have received the majority of the headlines, it's likely that Lee will be the piece that Chicago regrets parting with most. Lee's biggest strength is his defense, where he has great instincts. He supplements those instincts with plus range, and remarkable fundamentals. His bat lags behind his glove at the moment, but that's not to say he is an offensive zero. Lee slashes the ball to the opposite field using a line-drive swing, though he is learning to turn on inside pitches for a little more power. Speaking of power, Lee won't provide many home runs, but his plus speed plays on the bases where he can leg out plenty of doubles and triples, as evidenced by his .443 slugging percentage in Hi-A last year resulting in an acceptable .125 ISO. Lee is also learning to use his speed on the basepaths where he was 33 of 49 last year between Hi- and Double-A. The percentage is obviously not great, but at 21 he is still learning to read pitchers and can clearly post valuable numbers in the stolen base department either way. Looking to the future, I am encouraged by Lee's walk rates (around 9% in each of his first three seasons), and the improvements he's made in turning on pitches, improving his ability to drive the ball even if it is only to the gaps. I wouldn't expect Lee to arrive in the majors until late 2013 at the earliest. Given how conservative Tampa Bay is in promoting players though, I wouldn't be surprised if we don't see him until early/middle 2014.

More on Lee and Nick Franklin after the jump:

Nick Franklin - 2B/SS - Mariners - A former first round pick, Franklin declared his presence in prospectors' minds when he authored a 23 home run/25 stolen base season in 2010. Franklin uses a max effort swing, and above-average bat speed combined with solid leverage to generate plus power for a middle infielder. He speed isn't eye catching, but he's an intelligent runner who uses his good instincts on the basepaths and in the field. He has the range to stay at shortstop for the long term, but his fringy arm may eventually force him to second base, where his bat would still play as above-average. Franklin's flaws are a result of some of the same actions that give him his strengths. His all-out swing leads to strikeouts, and while he does drive the ball well, his swing gets long at times. Even his switch hitting can be a double-edged sword as in 2010 his splits were dramatically different, posting a 953 OPS as a left-handed batter compared to a mere 494 from the right side of the plate. Franklin missed a bunch of time in 2011 suffering from concussion-like symptoms after being struck by a bat during batting practice. When he did play, he posted solid albeit unspectacular numbers in Hi-A, surprising considering the hitting environment he played in (Cal League). The positive from his time in Hi-A was that he simultaneously increased his walk rate to 10.4% and lowered his strikeout rate to 18.9%. Despite his overall average numbers in a hitters paradise, Franklin was promoted to Double-A, and in a small sample (due to the aforementioned injury) proved the organization right, posting a 853 OPS, increasing his ISO relative to Hi-A and holding his improved walk rate steady at 19.6%. While 2011 was an odd year for Franklin, I would expect him to return to Double-A to open the year and see a mid-season promotion to Triple-A as long as he doesn't fall apart. I'd be surprised if he sees a September call-up, though it is not out of the realm of possibility. Franklin will likely see the majors for the first time in 2013, either pushing Dustin Ackley to the outfield or combining with him to form Seattle's middle infield of the future.

Similar to my first comparison, Lee and Franklin are two highly regarded prospects who get it done in completely different ways. Lee will rank higher on most prospect boards, and has an edge in that he will definitely remain a shortstop and that, combined with his speed and developing ability to turn on the inside pitch make him my pick between these two. I think Franklin has a bright future, be it at the keystone or at shortstop, but the effort in his swing is a mild concern to me, as more advanced pitchers may be able to exploit him as he progresses. He has great hand-eye coordination, but I think he will require some adjustments to quiet his swing that may result in less power down the road. On the other hand, I think Lee could continue to add muscle and perhaps add a slight bit of power which would be a great supplement to his average and speed game. While Lee may get more respect across the board, I honestly don't think there is as much separating these two (from a fantasy perspective) as people may think and if you can acquire Franklin at a significantly lower price, it would be a worthwhile investment.

*All credit for title goes to Arrested Development: 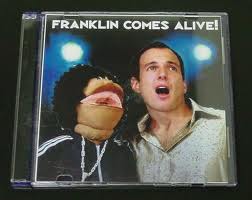