It seems like my Fake Teams colleagues and I have said things like "don't panic if your team is below .500" for the past five weeks. This week, notsomuch. Fantasy owners that are sitting there at 2-4 or 1-5 need to get crackin' like pistachios. Most teams need to hit it big off the waiver wire with a huge high-upside guy to change their fortunes immediately. Of course there are exceptions to the rule like those teams that are leading the league in points allowed or have horrible luck with injuries to this point.
This week's Waiver Wire Scoops is the weakest crop thus far. That shouldn't come as a surprise since there were not a lot of injuries this week and most teams have their receiver and back depth charts set. Since this week's crop is so weak, we'll touch on players I have discussed in the past couple weeks.  In the "Old News" section below it will go over players that I discussed in last week’s monster column. There will be a number in parenthesis to show where the new crop ranks along with the guys that have made a splash in weeks prior. Jackie Battle remains the most valuable and is still a bit undervalued in shallower formats, thus he gets the "1" tag. DeMarco Murray is the best guy that has re-emerged, but he gets a "4" tag because there are three others that were mentioned last week.

Follow me on Twitter for up-to-date fantasy info and instant analysis on Sunday. You can also ask me things like,"Mike should I cut Stevan Ridley for Ronnie Brown?"

Quarterback
Carson Palmer- The NFL trade deadline isn't as exciting as the MLB and NBA, but this year we've got a big trade to discuss. The Raiders foolishly traded a first-round pick in the 2012 draft as well as a conditional pick in the 2013 draft. The conditional pick is a first-round choice should the Raiders win a playoff game and a second-round pick if they fail to do so. That's quite a pretty penny and personally I can't co-sign that deal for a QB that has seen his numbers decline, has an ACL injury on his resume and hasn't played football for almost a year. But I Digress.
Nevertheless, Palmer is thrust into a tremendous fantasy situation with Oakland. Sure, they're a run-first team with RUN DMC and that won't change regardless of how well Carson performs. The Raiders are equipped with big-play guys all over the field with Jacoby Ford, Darrius Heyward-Bey and Denarius Moore. You'd need a screw to be loose in both your fantasy team as well as your head to start Carson in the next few weeks even in a bye-week pickle. Upside is upside and the Raiders have a nice schedule, which means Carson should be owned in competitive 12-team leagues.

John Beck- Sexy Rexy needs plastic surgery, folks. Grossman hit Kurt Coleman in stride for three receptions on Sunday. One problem: Coleman plays for the Eagles. In traditional Shanahan fashion, the Fantasy Devil didn't tip his hand on which player will be starting for them in Week 7 against the Panthers. A lot of people (including me) might be jumping the gun a bit, but it looks like Washington is going to struggle to stay in games. That bodes well for Beck's fantasy value since they will likely have to pass the ball in the second half. Beck is for 14-team leagues or deeper.

Christian Ponder- It was announced on Tuesday afternoon that Ponder will take the reins as the new starting QB in Minnesota. There's not a whole lot to love about Ponder with Adrian Peterson doing all the work, a horrible offense line and one of the worst WR corps in the league. Ponder did show plenty of poise in the pocket to finish with a line of 9-of-17 for 99 yards with one rush for eight yards. He plays in a dome, so that is helpful in the winter months. He has comparable value to Beck and should be owned in most 14-team leagues.
Side note- It was interesting to see that Ponder looked to Percy Harvin quite a bit and Harvin's value could be on the rise.

Running Back
DeMarco Murray- Murray was in our Week 3 Waiver Wire Scoops and he is back with a vengeance this week. Felix Jones has already been ruled out for this week and could miss up to four week with a high-ankle sprain. After an impressive preseason, Felix Jones has been quite the bust at this point in the season there should be some cause for concern about his long-term value. DeMarco Murray is set up beautifully with Jones out of the picture as Dallas takes on the hapless Rams and the soft Philly run D the next two weeks. Murray has been far from stellar this season with just 3.0 YPC in the five games this season. He has skills in the passing game and the Cowboys have used him as a receiver on occasion. He has to be owned in all leagues.

Bernard Scott-Cedric Benson has been suspended for Week 8's contest against the Seahawks. Scott is a good bet to be a low-end RB2 even though Seattle's D has been solid this year. Even if you’re loaded at RB for Week 8, he should be owned in all leagues for trade bait at the very least.

Ronnie Brown- Jahvid Best suffered yet another concussion and he is very questionable for Week 7. The Lions have yet to rule him out though. The Lions decided that Maurice Morris, Keiland Williams and Jerome Harrison were not going to be able to handle the load with Best likely to miss time, so they grabbed Ronnie Brown for Harrison and a seventh-round pick. Brown has been a shell of himself this year with the Eagles. He is a shade below 3.0 YPC this year, but he did look very solid during the preseason. It’s irrefutable that Detroit has a powerhouse offense and Brown should be the main cog in the running game until Best hits the field again. Furthermore, there’s a good chance that Brown gets a nice chunk of carries even when Best is healthy. The Lions would be wise to decrease Best’s role in the regular season based on the logic that less carries means that there is less chance for Best to get hurt. Even though it wouldn’t be wise to start him this week, Brown should be owned in most 12-team leagues.

Tashard Choice- Choice was likely to be shipped out of Big D via trade on Sunday, and then Felix Jones got hurt. Choice has done nothing to impress all year and it's hard to imagine he gets a large enough piece of the pie against the Rams on Sunday to be a fantasy factor. The Cowboys should destroy the Rams (especially if Bradford is out), so Choice could grab 10 carries as the Boys attempt to kill the clock in the second half. He should be left on the wire unless you're in dire straits in due to byes or injuries for the next two weeks.

Wide Receiver
DeMaryius Thomas- Denver's other first-round pick last year is scheduled to make his season debut this week along with the main first-round guy. Thomas has the inside track to be Tebow's deep threat this year with his size and decent speed (I'd insert his combine time here, but he missed it with an injured foot). Thomas has some nice upside with the lack of talent around him, but don't go crazy over him in anything outside of very competitive 12-team leagues.

Greg Salas- While Danario Alexander is preferred, the fantasy football world should be aware of Greg Salas for what he did on Sunday. Salas and Alexander led the team with 10 targets a piece and Salas had eight grabs to lead the team compared to Alexander's six. The Hawaii product will shift to the slot on most downs on a team that will need to pass a lot. Don't forget that Alexander is arguably the most injury-prone receiver in the league with two ACL injuries. Sure, Salas won't score more points in one week than there are letters in Hawaii's state fish (humuhumunukunukuapuaa has 21 letters), but he should be owned after Sunday's big performance in some 12-team leagues and even 10-team PPR formats.

Devin Hester- Da Bears used a strategy that I (and many others) have used in Madden for years: PA pass with max protection and send your fastest guy deep to tear the top off the D. It worked on Sunday with Hester having a big game. No Bear is taking the bull by the horns as the WR1 and Hester is really the only player outside of Matt Forte that impressed on Sunday. Add at your own risk.

Tight End
All the relevant tight ends were covered last week, so let's just rank the main ones that gains some value in the past couple weeks:

Saturday night I was having some fun with Aaron Bruski and Steve Alexander of Rotoworld and it ultimately led to me (lazily) photoshopping some pictures of Billy Hunter and David Stern. Last week Hunter said, "if somebody is pointing a gun at my head, I'm going to point one back at him." This quote had comedy gold written all over it and I came up with these below.

There's also another one of Stern. Mr. Bruski hilariously dubbed Stern as Punxsatawney Stern because the world was wondering if he would emerge from lockout meetings and hope the NBA season would arrive sooner. 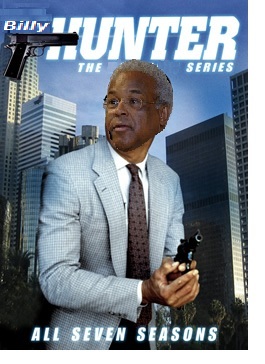 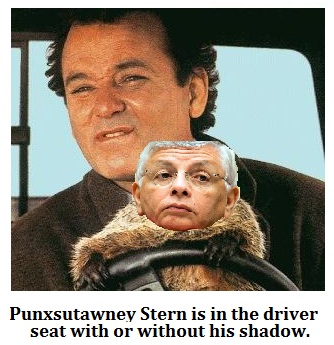 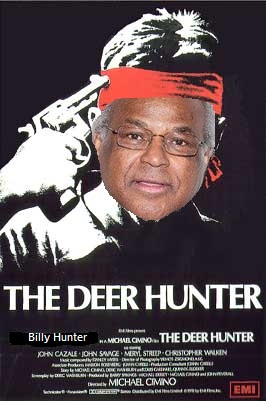 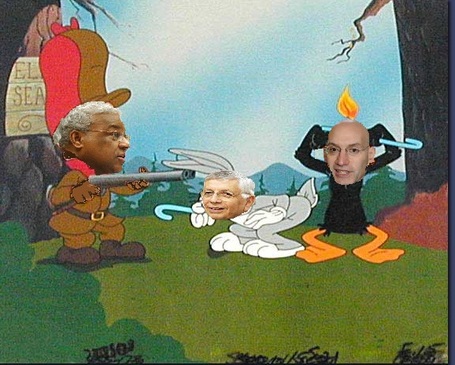 That's all, folks!! I'll have the Week 7 Running Back Rankings tomorrow. In the meantime, post some questions or comments below or send them to me on Twitter.